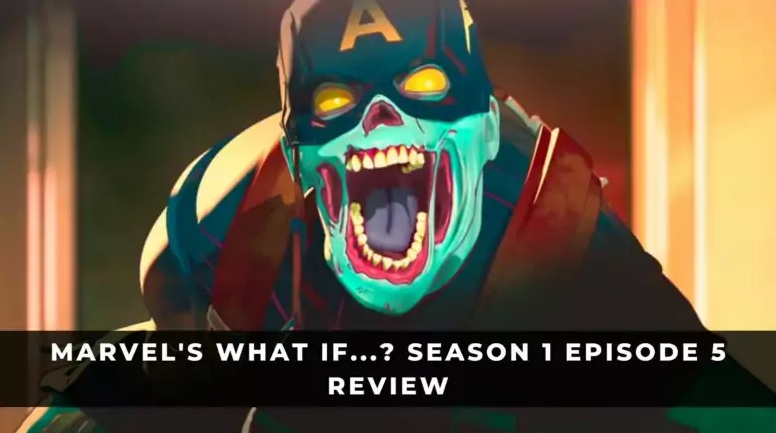 This trope is common in stories that explore alternate universes and introduce zombies into the world. This adds new rules and stakes to existing ones and makes everyone at high risk. This has been explored by even DC Comics and Marvel Comics with Marvel Zombie and deceased. This week takes a basic idea of the comic and adds a large dose of the Marvel Cinematic Universe. This week succeeds by raising the stakes and drawing inspiration from zombie movies.

Marvel’s What If can be streamed on Disney+. You could read the fourth episode if you missed it.

This episode is at the beginning of Avengers Infinity War, with Hulk returning home to Earth. He finds Manhattan empty, and instead of finding Doctor Strange, Tony Stark, and Wong, The zombie virus that has infected most of the world is actually what he discovers. It all started when Hank Pym entered the Quantum Realm in Ant-Man and the Wasp. There could have been a better explanation for why zombies exist now, but I don’t think so. It could have come from one of the Infinity Stones, causing havoc throughout the universe. We don’t know why this disease turns people into the undead.

Despite this, the movie is a great MCU zombie movie. Peter Parker quickly set the rules for dealing with zombies. It feels straight out of Zombieland. The episode is reminiscent of a classic zombie movie. Our heroes are taken out one at a time, with hopeful moments and tragic events. All the while, we search for a cure. Marvel Studios may have rushed to create this episode. Past episodes overshadowed the issue. It became clear that there was no other time to tell the story. This episode should have been continued. This could have been a series, with the ending included. This episode is not bad, but it’s a shame that they didn’t flesh out the idea more.

The best thing about having characters against the undead is the unexpected pairings that you create. The team consists of Spider-Man and Bruce Banner, Bucky, Bucky Barnes, Hope van Dyne (from the Ant-Man) and Kurt. They have a strange but interesting group, and it’s clear that you care about them all. Even if it’s just a small part of their mission, you want them to succeed. It works, even though we may be familiar with these characters from other movies.

It’s great that Okoye can lead the team and showcase her talents. Danai Gurira portrays her with such strength, charisma and great leadership it’s difficult not to be invested in. She has a sharp wit, which is in line with the MCU. Sebastian Stan is back as Bucky, and this episode marks a significant improvement on his performance in Episode 1. His live-action performances felt more natural than his stiff, robotic performance. It feels much smoother now, and his interactions were truly great with the team.