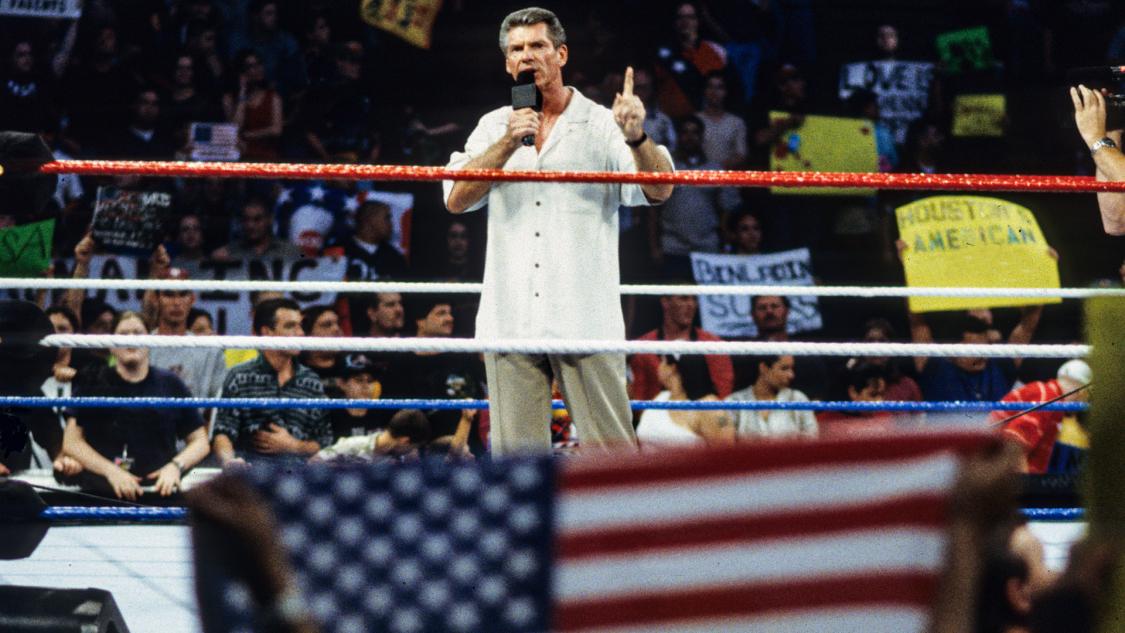 Twenty years have passed since the Twin Towers fell on September 11, 2001. This tragedy rocked the entire world. “9/11” became a part of our vocabulary. Ideologies that ended with “-ism,” followed by words like “radical” and “extreme,” were made a daily obsession of the news media. It triggered two decades worth of conflict in the Middle East, referred to as the “War on Terror.”

More than the hysteria around Y2K’s death and Princess Diana’s death, the World Trade Center Attacks were ingrained in the minds of millennials like me. We were not aware of the ramifications of that event and how the world would never again be the same.

Although it may seem strange to many, it was one of my earliest memories of that period. It was the SmackDown live episode which the WWE famously aired two days after the attacks. My move to the United Kingdom was barely one month after I emigrated from the United Arab Emirates. I was only twelve years old. My second day at school was beginning, and I was still adjusting to my new school. The Towers collapsed on my second day. This made my first week filled with talk of terror, conspiracy theories, and crude jokes about brown people who had their first facial hair. It was secondary school, so I was insensitive. I would later discover that my formative teenage years were spent at a diverse institution, a microcosm for multicultural London. There was no escape from the constant news broadcasts and banter at that time. I was thankful to the WWF for providing a short respite from reality.

The SmackDown after 9/11 could have been celebrated as a landmark moment in athletics if wrestling was considered a professional sport. Major sports organizations like the NFL and MLB canceled their matches that week. The WWE’s tribute show was the first major entertainment event in America after the atrocities. Houston’s crowd, united by patriotic grief, filled Compaq Center singing “USA!” The USA!, while Vince McMahon gave an enthusiastic speech to open the show. The iconic Smackdown was not all pomp and circumstance. It was poignant, with the raw emotion of larger-than-life characters, who shed tears and talked about how the attacks had affected them.

Ten days later, Kurt Angle faced Stone Cold Steve Austin to win the WWE Championship at Unforgiven. This was the first pay-per-view held following the atrocities. The trauma of the atrocities was still fresh. Angle won in front of a large hometown crowd in Pittsburgh. Angle was crowned the All-American Hero by confetti, which was thrown on the shoulders of celebratory locker rooms. It was obvious that Angle’s victory was the WWE’s way to channel the spirit of American defiance. Who better represents this patriotic organization than the man who won Olympic gold for his country with a broken neck? It is hard to believe how important 9/11 was in Angle’s win. Angle dropped the belt back at Austin on Raw two weeks later. But it was a crowd-pleasing moment at the right time.

McMahon’s WWE could only make that brief exception in their attempts to infuse reality into kayfabe. They couldn’t help but use one of the most dated tropes in wrestling. To try to revive the dying flames of Hulkamania, Sgt. Slaughter playing turncoat in the Gulf War to Retribution’s hilarious Antifa knockoff last year, WWE’s attempts at ripping reality apart have been historically executed with all of the nuances of an atomic bomb. Slaughter was “pictured” with Saddam Hussein, wearing stereotypically Arabian pointy shoes, and this led to Wrestlemania VII having to be moved due to low ticket sales. It hasn’t stopped them channeling Uncle Sam and Fox News in constant attempts to increase ratings and score cheap heat during international distress.

Around the time it was formed, not much rubble had been removed from Ground Zero. The Commonwealth quartet consisted of three Canadians (Lance Storm and Christian) and an Englishman (William Regal). They used the opportunity to promote the Stateside’s fetishism of combat and consumerism while waving an upside-down US flag. They were more vocal about their anti-Americanism than their forefathers in the 1997 Hart Foundation. On numerous occasions, they tried to burn the stars & stripes live on TV. However, they were stopped by numerous babyfaces who erupted in colossal cheers. These incendiary displays could have sparked mass riots. This exposes a major flaw of McMahon’s ethos of using real-life controversy to put butts into seats, given the delicate nature of such subject matter in the early days of the post-9/11 era.

The UnAmericans supported another old wrestling cliche. Simply expressing any opposition to the war would give you instant heel status. Ask Christopher Nowinski, who lost a farcical debate about the merits and pitfalls of the Iraq War, to Scott Steiner. Big Poppa Pump’s tirades against France and Dixie Chicks’ opposition were not surprising, given WWE’s tendency to play up to right-wing interests. But it was a flagrant display of bellicose propaganda that would’ve just as easily been on The O’Reilly Factor than on Monday Night Raw.

The fervent cheers for Steiner’s incoherent rambling and Nowinski’s legitimate concerns about the US’ wartime intentions were met with jeering in response cemented which side the WWE and its core audience were on. It also provided a glimpse into the social divide back then, when anti-war protestors flooded the streets. However, they were later accused of treason and retaliatory destruction by those who supported the Bush administration’s coalition of the willing.

Operation Iraqi Freedom was raging, and a torrent of insidious racial hatred spread throughout the West. Hate crime was increasing, and shouts of “Go back where you came from!” as well as “You can’t like it, or leave!” were directed at them by a hypernationalism pro-war brigade. Particularly, the treatment of Muslim immigrants from the Middle East reached a worrying climax. That feeling was captured in pro wrestling by Mark Copani’s controversial tenure. Copani was an Italian-American who lived in Syracuse, New York. He was rebranded using the Muhammad Hassan gimmick; an Arab-American Muslim upset about the persecution of people like Copani in a post-9/11 world.

His immense potential was wasted. Instead of creating a multi-layered persona that could have struck a chord among fans who had suffered from xenophobia, WWE saddled Copani yet another standard foreign heel gimmick straight out of the McMahon playbook in the mid-’80s. His debut was made in Alabama to an entrance song mixed with muezzin’s prayer call. He was met with loud cries of “WHAT?” which grew when Khosrow Daivari, his sidekick, grabbed the microphone and started shouting in Farsi.