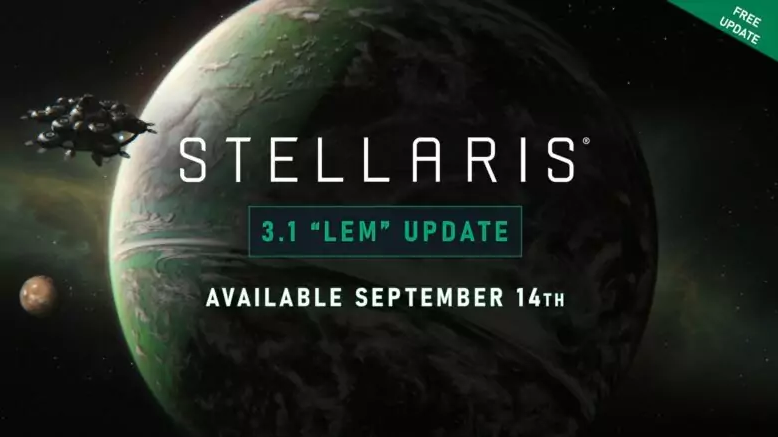 Stellaris’ Next Update, “Lem” has been released! This update has been named after Stanislaw Lem, in keeping with Stellaris’ tradition. His 1961 novel Solaris () is his most well-known work. It focuses on human rationality’s limitations.

This update marks the debut of the new ‘Custodians’ team. This team is responsible for updating and improving existing systems. The ‘Expansion team works to create new content in the form of full expansions. The Custodians help keep the game up-to-date with bug fixes and free content every three months so that the Expansion team can concentrate on the important stuff.

The Lemupdate is the largest update to the Traditions software since releasing the ascension perks with the Utopia extension. This led to several fan-made mods that vastly expanded the system. We now have new traditional trees, with a slight modification to their operation. These new traditional trees include Subterfuge, Unyielding, and Mercantile. The balance of the existing trees has also been slightly adjusted.

The Mercantile tree has the only free new tradition tree. All others require some expansion to function. Unyielding will need the Apocalypseexpansion and Subterfuge the Neosis extension. Because they have game mechanics related to their respective expansions, Unyielding and Subterfuge will require these expansions. Subterfuge has buffs and capabilities that relate to the espionage mechanic. Unyielding offers buffs and other abilities that increase your starbase. Instead of being locked in, the new system allows you to use 7 slots for max traditions.

HOW DO THEY WORK?

Subterfuge trees increase your security and codebreaking. These perks include increased encryption, codebreaking speed, infiltration speed, and hostile espionage difficulty. You can also gain Intel if another country’s operation against your fails.

An unyielding tree enhances your defense. These perks increase the number and cost of starbases to build and improve their damage and armor. During defensive wars, ship build speed and fire rate may be increased. Strongholds can also produce unity.

Some species packs will also be receiving minor updates, in addition to updates to the Tradition system. The Humanoids species pack now contains a clone army origin. This makes your entire civilization an empire made up of clones that were originally bred to fight but have since been lost. You can also participate in an event to learn more about your history, including who and why you were created. Two new civics are also included. The Master Crafter civic transforms artisans into artificers who produce consumer goods, value, and engineering research. The Pleasure Seeker civic permits pop to experience increased happiness in return for consumer goods. It is similar to Chemical Bliss technology.

Planetoids now include two new civics: Catalytic Processing and Idyllic Bloom. Idyllic Bloom lets you build Gaia-seeder buildings that gradually transform a planet into an alien world. Catalytic Processing transforms metallurgists into catalytic technicians who convert food into alloys. Three new species traits are also included. The phototropic trait allows you to convert 50% of your food into energy. Radiotrophic traits work the same way as phototropic but make your pops ideal for tomb worlds. As another source of pop production, the budding trait allows for organic pop assembly.

The Necroids species packs don’t contain any new civics or origins. Instead, it has been reworked to improve some of the existing mechanics. Reanimated armies civic allows more targets to be revived, including ether drakes and void spawn. Death cults offer more benefits, and the necrophage origin is now available to the hive mind.