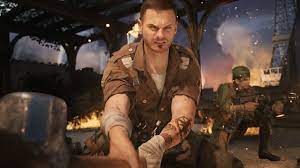 There are 45 achievements and trophies that can be unlocked in . This list can be divided into three types: Campaign, multiplayer, and zombies. There are no spoilers here, as Campaign achievements focus on completing missions-specific challenges.

CALL OF Duty: VANGUARDTROPHIES AND ACHIEVEMENTS

Here you go! This Call of Duty achievement list will help you make the most of the nineteenth installment in the long-running FPS series. Everything is straightforward, except for the multiplayer and zombies. This will require some grinding.