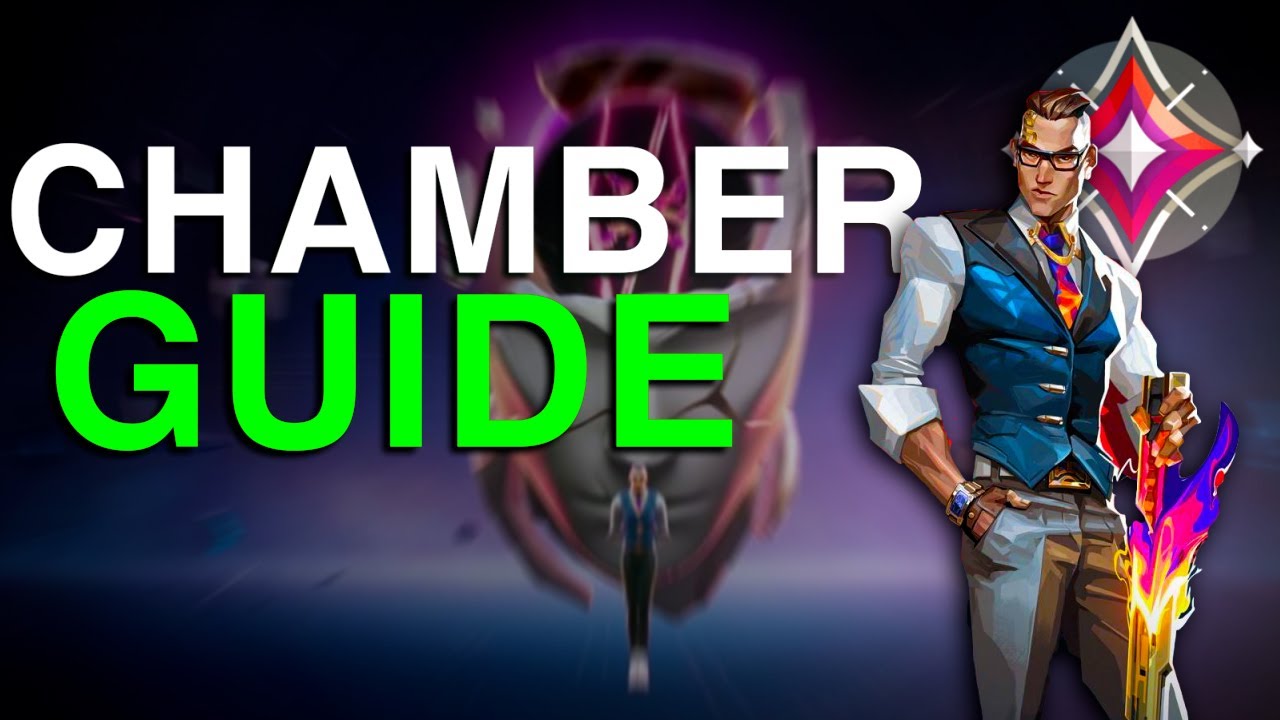 Meet Valorant’s newest agent. This guide will cover Chamber’s skills and suggest ways you can play him in Valorant. Chamber’s kit is a focus on gunplay and redefines the role of sentinel. He is a fun and engaging player who will be able to draw other agents to his game.

Who said skills don’t get you killed? Chamber is Valorant’s newest agent and the newest sentinel on our roster. His character design is very similar to a hitman. His character trailer also teased his abilities and his place within the in-game lore. His kit is dependent on precise gunplay since his abilities allow him to access a wide range of powerful weapons. This guide will cover these skills and other tips that players can use to play Chamber in Valorant.

PLACE is a trap that scans the area for enemies. The trap will count down when an enemy is within range. It then destabilizes the terrain around them. This creates a lingering field that slows players trapped inside. The ability can be stored in a chamber that can hold up two charges. Each one costs 150 credits

This ability is a combination of Killjoy’s Alarmbot and Sage’sSlow Orb. Trademark can be used to slow down enemy defense pushes. It will also be useful for monitoring the flank of the team, just like an alarm bot or Trapwire.

ACTIVATE is used to equip a heavy gun. ALT FIRE the pistol to aim down sights. One charge is equal to one bullet from the heavy pistol. Each round costs 100 credits and Chamber can buy up to 8. Headhunter inflicts 159 headshots and 55 body damage as well as 46 leg injuries at all ranges.

The pistol can hold 8 rounds but Headhunter is essentially a pocket protector. Headshot damage at all ranges is a constant feature that prevents the frustrating 145 dinks from a sheriff. ADS allows you to aim down with greater accuracy, which is important when every shot counts.

PLACE two teleporters. React immediately to teleport to another anchor while you are on the ground. You can grab anchors to be REDEPLOYED. Chamber is known for this signature ability. This ability is available at no cost and will remain his signature. This ability is subject to a 15-second cooling off.

Rendezvous is a combination of Jett’s dash and Yoru’s Teleport. The animation is fast, similar to Jett’s dash. However, the teleport’s range is comparable to Yoru’s. You can take advantage of this skill by selecting an enemy agent and instantly relocating so that the enemy cannot shoot at you.

ACTIVATE summons a powerful custom sniper rifle that will kill any enemy with a single hit. A lingering field is created when an enemy is killed. It slows down players who are caught in it. Chamber has this ability as his ultimate ability. To cast it, you will need 7 ultimate points

This is basically a free operator for the agent. Chamber will be able to save 4700 credits if he uses this skill to help the team’s economy. He can instead buy guns for ally agents. Chamber’s Rendezvous also works well with Tour de Force. He will be able to pick up an enemy and fight long-range gun battles.

Chamber is an extraordinary sentinel. Agents like Cypher and Killjoy have a lot of utility. These agents are valuable to the team because they can provide value, even if they don’t get kills. Chamber, on the other side, has only one utility ability that is beneficial for the team: his Trademark. He is so dependent on gunplay, that he holds a bomb site by getting kills.

Playing Chamber relies on fagging out in the same way that a Reyna must. You can’t, the pocket Guardian and the operator free would become useless. This agent requires confidence in your mechanical abilities.

Jett’s get out of jail card is what made her a favorite player. Her dash gives her the ability to kill any enemy agent and take on any gunfight. This allows players to be aggressive without being punished by the enemy. Chamber can now use his near-instantaneous teleportation capability to do the same.