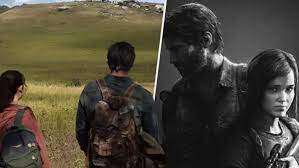 The Leak of ‘The Last Of Us Series’ Shows Joel, Ellie and Tommy, As Well as A Major Location

The Leak of ‘The Last Of Us Series’ Shows Joel, Ellie, and Tommy, As Well as A Major Location

We all know that a Last of Us show will soon be available. Next year, the HBO retelling will arrive. We’ll have to wait until then to see how directors and writers adapt the story for the screen. We are getting little information and leaks as the series is being shot.

GamesRadar+ noticed that The Last of Us Updates posted footage on Twitter showing just a tiny portion of Joel’s and Ellie’s appearances. Although it’s not confirmed to be Jackson, it does look the same as anywhere else in the games, so we believe it. This is where Joel and Tommy call home. However, there are some differences between the fun and the series.

GamesRadar+ points out that Jackson isn’t where Tommy and Joel connect, but it is on the way to Salt Lake City. This means that the story and the way the characters meet in the series will be different than the one we are used to. Canmore, where the series is being shot, is beautiful and already has a very atmospheric setting.

The scene is well-acted, and all the characters look like they are up to the task. Although it is a concise clip, Pedro Pascal looks great as Joel and Bella Ramsey perfectly fit Ellie’s character. Gabriel Luna plays Tommy as well. Interestingly, Pedro Pascal walks 100% with a heavy limp in this video. How did he do that? We’ll find out in 2022 when the series airs on HBO.

The Leak of ‘The Last Of Us Series’ Shows Joel, Ellie and Tommy, As Well as A Major Location