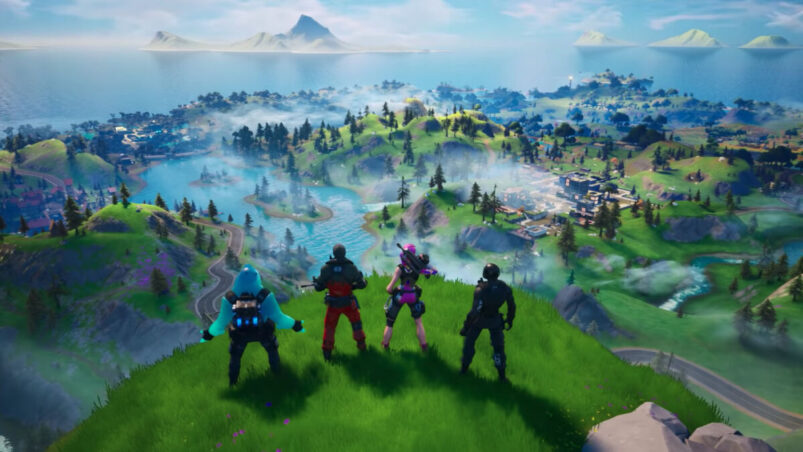 Inadvertently, the Fortnite TikTok account shared a glimpse of the upcoming Chapter 3 early.

Although the video was posted as an advertisement and was found, it doesn’t reveal much of the new chapter, but it seems to confirm what’s been teased by content creators before, including a map.

If the embed does not work, you can watch the Fortnite Chapter 3 trailer here.

The ad shows Chapter 2 starting before we see a glimpse at the Jonesy skin that the player controls (not the actual Jonesy). This is behind what appears to be The Foundation. They are quickly washed away in what appears to be an exploding device.

A Jonesy skin can be seen looking out over the ocean at the island in orbit. There is also what appears to be alien technology in the sky. It appears that the Cube Queen is still suspended within the orb in which she is currently, as an orb with a figure inside it hits the ocean and explodes.

The video ends with the island flipping to its opposite side. This almost certainly confirms a new map.

In the past, SypherPK creators used the sign-off to catch me on the flipside when discussing Chapter 3 in videos to show that they are aware of what’s happening. This video appears to have been leaked on TikTok.

When does Chapter 3 begin?

You can get your answers quickly if you don’t want to wait for more from this TikTok leak.

It is almost certain that The Foundation will play a significant role in the new season and event. He uploaded a video showing him drinking his energy drink after taking it from a fridge with The Foundation’s helmet.