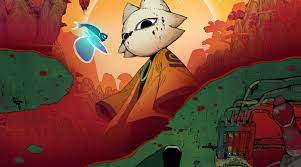 Red Candle Games, Taiwanese studio behind horror titles Detention and Devotion has revealed more details about their next game, Nine Sols. This is the second update by the developer since March after a year of struggles and controversies with digital storefronts.

Red Candle’s Twitter feed contains a lot of Devotion-related updates about their problems with the game being available on digital storesfronts. Devotion was removed from Steam in 2019, after users reviewed-bombed it for a joke reference to China President Xi Jinping and comparing him with Pooh. GOG removed the horror game from the platform hours after its announcement. GOG stated that it made the decision to remove the title from Steam in 2019 after users review-bombed the title for a a href=”https://www.pcgamer.com/devotion-review-bombed-by–chinese–steam–users–over–winnie–the–pooh–meme/”>joking reference to China President Xi Jinping and have been quiet since.

It seems that the studio is still very busy. The latest tease from their account features new artwork with an adorable cat (ignore the bit blood–and Nine Sols logo). Red Candle describes their current work as a “lore rich, hand-drawn, 2D action platformer with Sekiro inspired deflection-focused combat.” This is a big statement, but it’s one that will hopefully work out for the indie developer, who has already released two much-loved horror titles.

Red Candle’s latest update provided a brief glimpse, but the March clip featured 12 seconds of it in action. Although it isn’t clear how many of these descriptions work, it is evidence that hand-drawn artwork can be quite beautiful.

Nine Sols can also be described as an “journey to Asian fantasy”, where you will play as an adorable cat and slay nine Sols who rule the land. Although it’s a far cry from what I was used to, after playing Detention as well as Devotion before, the artwork and promise of another Red Candle adventure have my attention. I don’t even enjoy Sekiro but after experiencing so many thrills from their first two games Nine Sols has been on my radar.