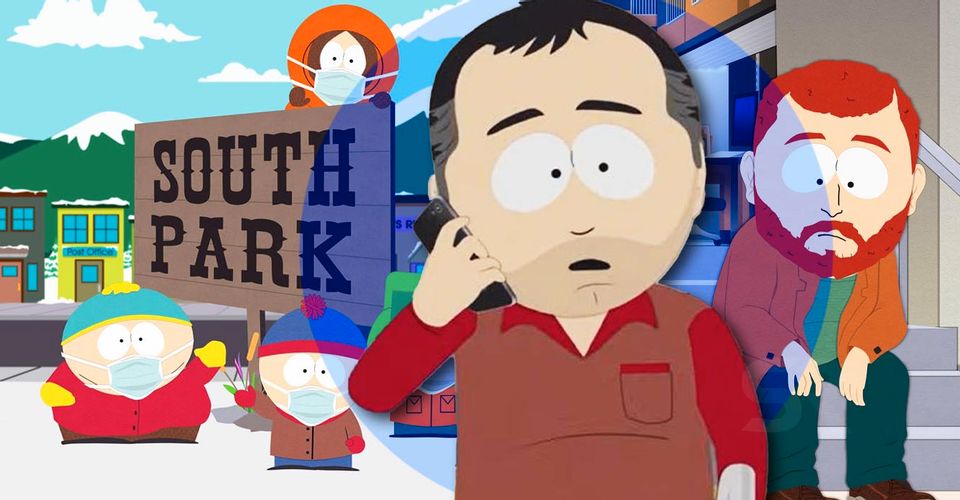 South Park has made many changes to its formula over the years. The current recipe is not good when extended from twenty minutes up to two hours. It’s easy to imagine any Post-Covid jokes being acceptable in an episode. But when it’s strung over a feature-length story, hitting the same note again as again is a dare you lose interest.

There isn’t any real development in any of the Jokes. That’s part of the problem. It’s easy to see how they are driven into the show as stakes, separate things that stand alone without much concern for what’s happening around them or what they have endured. Each Joke is almost identical in its first instance.

This is made worse by Post Covid’s two-hour-long TV movies. It seems like an experiment in how much tinsel is needed to keep your audience’s attention.

Because South Park is a comedy series, I focus on the jokes. It seems a bit dishonest to deem Post Covid as such. As I said, the Jokes are there. They seem to be the foundation from which all the rest of the show hangs.

Post-Covid is more than just transplantation South Park’s characters and setting into a straight drama. A few old jokes are left at the bottom but occasionally rise to the surface. It’s the same heightened reality that you would expect from South Park or any cartoon, but it is played straight through – remarkable for something that involves time travel.

All of this is in service to one of South Park’s capital m Messages. This was historically a major feature of the show. At the end of each episode, one would proclaim, “you’ve learned something today…”. It’s clear (minor spoiler alert) that Covid has been terrible, so let’s all give each other some grace. This is a very laudable sentiment. It sounds familiar to the jokers who spent two hours laughing about Alexas being a moody woman.

The drama is just a supporting system for the central idea of ‘here’s the cast you love doing (x). Aren’t they excited about the big Post Covid Special? What will they do this time! This aspect seems to have more substance than it does. You can almost feel the makers pausing for the studio audience to cheer when a catchphrase is used or when a familiar face appears.

The company is now heavily relying on its internal canon. This is more than a wink to Kenny when he dies. This is now at the level of parallel world history. It’s like ours but distinctly different. Covid all started with Randy Marsh fucking with a pangolin. All of which Post Covid assumes its viewers will be familiar with.

This is a reasonable choice for a show that has – good Lord, twenty-four now, the ability to vote, drink and buy a gun. It’s also essentially old enough to have an enjoyable weekend in Vegas. Many fans will be familiar with the show as a child, while others will follow it their entire lives. It’s a part of their lives, for better and for worse. Real obsessives find it more satisfying to see their old friends and react to current events.

The discussion about “parasocial relationships” is broader. These are one-way relationships that one might have with actors, musicians, or celebrities. Their carefully curated, polished output is, by definition, much more entertaining than boring, ordinary people. They also demand much less.

(As an internet personality, this is what I mean to encourage – but for God’s sake, get in touch with your family and friends to tell them that you love them.

Like South Park: Post Covid goes, it’s a well-established franchise that is treading water. They might be able to do so considering that they were granted 14 more films from their kind and generous Teevee gods. They don’t need to produce anything new to continue receiving regular bushels of cash.

South Park is willing to try new things, more so than any of the animated shows. However, they have been using light humour to observe current events for years now. This is not a new concept.

South Park would, however, be able to use their existing cinematic universe (a phrase I do but do not like deploying) as a base for expanding into new genres. Their closest attempt at that was in their Halloween specials. These were a way for them to use some non-canonical horror to make their point, but they weren’t a complete genre shift.

With fourteen films on order, they could be heading down this road. They’ll be unable to come up with anything as substantial as a global pandemic. Even the Post Covid duology could not spin that many hours, drawing in several other trends of this age (as also the Japanese-flavoured Billboards from Blade Runner), a reference they seem a little too proud of.

Perhaps the most striking example of Post Covid’s tendency not to treat South Park’s clowns as real dramatis personae and obvious paths of comedy potential being ignored is the conversion of adult Cartman to Judaism. Kyle suspects this is building towards some grand finale punchline after in-universe years. The audience likely does, too.

Even this absurd image of Cartman wearing a yarmulke in cartoon anti-semite Cartman is eventually played straight. Cartman is given the terrible future he deserves. But this time, it’s not played for yuks as it was in the past, but rather as a ghost at a feast, a sad, sobering moment in an otherwise happy ending.

We must not forget that Cartman has always been the show’s main character. He was an eight-year-old Archie Bunker, whose bigotry can be plausibly attributed to his youth but still be appreciated by real bigots. He is also prototypical for many of the id-unleashed comic creations that followed him. Sometimes, he serves as a mouthpiece for moral lessons too complex to be given to Kyle. Everyman Stan, South Park’s main protagonist, is closest to the iconic image, but Cartman is a closer second. Cartman is the more lively token evil teammate. Even though he’s guilty-pleasure, he’s the one most people can identify with. This is the character Post Covid’s better, more positive future brings down.

This is a story that could be adapted from morality plays. The bad guys get punished for their sins, and the good guys get rewarded. It is not easy to call Cartman a “bad guy” because of the complex path through Post Covid. It only makes sense to look at the entire show, including the quarter-century worth of plots that have built up in Cartman’s eight-year-old body. (Yes, he has committed many atrocities during this time). We are back to Post Covid’s bizarre position. He is not only heavily dependent on the prior canon but also completely unable to understand it without it.

I’m sure you’ve seen me scoff at the term ‘cinematic Universe’ before, but it’s clear that this is what’s happening here, especially with the twenty additional films in the pipeline. The days of South Park as a cultural rebel, making stop-motion jokes at authority are gone. It is now the establishment. Its followers revere its canon as much Ovid’s Metamorphoses as they do Ovid’s Metamorphoses. While it may still pretend that it’s a silly paper doll show about fart jokes, it is established. It is somewhat displaceable, like any twenty-something.