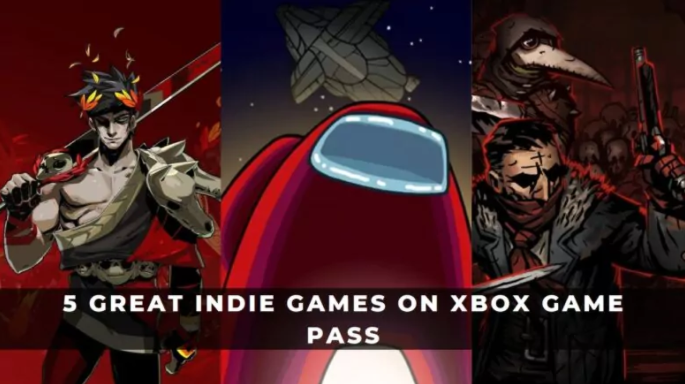 Gaming fans tend to focus on AAA titles and ignore indie games. Xbox Game Pass members can access dozens of fantastic titles at no additional cost, which is a great thing. Let’s look at some of our favorite indie games available on Xbox Game Pass.

We’re starting with a game that everyone knows. Among Us

This social dedction game requires 4-15 players to work together to complete tasks spread out across the map. Although most of the players are crewmates there may be up to three impostors who can offer a different route to victory. The goal of the impostors is to destroy all crewmates before they can finish all tasks. They also try to keep their cover. Crew members can also use voting sessions to discuss their suspicions and then kick them out.

The following maps can be used to make deductions: The Skeld (a spaceship), MIRAHQ (a headquarters building), Polus (a planet base) and The Airship (an airship based off the Henry Stickmin series. Among us

Every indie developer dreams of creating Among Us. It’s amazing accessibility and ease of use is what led to it being so successful. Playing Among Us in a large group of friends is a great experience. It builds tension in a way that I have never experienced in a video game. The addictive and entertaining gameplay will keep you on your computer for hours. It will also make you question your trustworthiness, which is something I consider one of the best indie games.

We continue our series of excellent indie games on Xbox Game Pass with Cities: Skylines 2015. This city-building simulation lets you engage in many levels of urban planning. To build the best possible city, players must control all aspects simultaneously.

The player can start with a small piece of land and build residential, commercial, or industrial zones. It will provide basic services such as power and water to its residents, encouraging them to move in.

After reaching certain population goals, players can upgrade their city. This unlocks new infrastructures such as fire stations and police, as well as care and health facilities. Higher-level facilities will bring more benefits to the area in which they are located. A commercial store’s level will rise if the residents around it are better educated.

Cities: Skylines is a great simulation game. This is my favorite simulation game. It has the most depth and allows you to get lost for hours (in a good manner). When the player lets his imagination run wild, this game shines. This addictive game offers a lot of drama and challenging problems to solve. This game is perfect for those who love all things technical or those who just want to build huge cities without worrying too much.

We’re turning our attention to role-playing and have Darkest Dungeon .

This indie game lets the player manage a group of heroes who explore a variety of procedurally generated dungeons. They then battle the creatures encountered in turn-based combat. Darkest Dungeon has fifteen classes, each with their own stats and skills that can be upgraded. A few roguelike elements can be added to make sure that a hero does not die while exploring a dungeon.

The Affliction system, which measures the stress levels of heroes, is a key feature of the game. This stat rises with more exploration and combat. It can lead to debuffs for the hero if high levels of stress are reached. This could affect their ability to fight. Other factors can affect the stress levels, including witnessing the death or even venturing into the dungeons with no food or light sources.

Darkest Dungeon is an excellent RPG and offers one of the most immersive and intense experiences. Its simple, yet unrelenting design makes it stand out among the many other RPGs and creates an addictive experience. Darkest Dungeon’s Anfliction system is an innovative idea that introduces a complex strategy element to the game. While it is not a roguelike game, there are some roguelike elements to the game, such as the sanity system. This makes the experience even more rich.

We now have one the most popular indie roguelikes games, Hades.

This action dungeon crawler lets the player control Zagreus, the son of Hades. He tries to escape the Underworld with the ultimate goal to reach Mount Olympus. Other Olympian gods assist Zagreus on his journey and give him gifts.

Hades is a hack-and-slash game that challenges players through a series rooms filled with enemies, rewards and challenges. The player can unlock 6 weapons to help him achieve his objective. Each weapon has a main attack as well as a special attack. The Olympian gods provide Zagreus with a dashing power as well as a magic ability throughout the course.

You can also customize the difficulty of the game by using the Pact of Punishment. This feature allows you to add or remove challenges, as well as modify certain aspects of the game like the health and number of enemies. Hades is a highly addictive game that should not be missed. Beautiful artwork and an epic soundtrack are a perfect combination with the thrilling combat system and brilliantly written narrative. This Hades roguelike is a great choice and well worth your time. It will be a great decision.