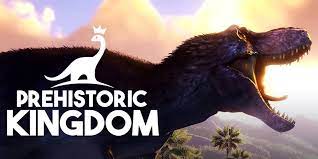 Do you dream of managing your dino-zoo? You can go back to 2001 to play Zoo Tycoon Dinosaur Digs. The prehistoric Kingdom is a sim that allows you to care for all types of extinct and prehistoric creatures.

People have been waiting since August 2017 to obtain this old sim for animal care, but it seems like they will soon be able to do so.

The developer officially announced the Prehistoric Kingdom in August 2017. A demo went live almost immediately. After the game was released on Kickstarter, it was funded with more than $88,000. We’ve all waited to hear more since then.

We now know that the game will go live in April 2022. It will initially be available only on PC, but it can move to consoles in the future, considering its popularity.

Anyone who has played Zoo Tycoon before will be familiar with the Prehistoric Kingdom gameplay. To make money, you must create habitats for your animals and facilities for guests.

The wide range of animals you can raise is one of the key features that will make this game stand out from others in the field. Prehistoric animal sims that we have seen (a strangely niched genre) have almost always focused on the Jurassic Park stars. The game has a broader focus on extinct life. This is a nice touch.

Take a look at the trailer for early access to get a glimpse of the game.