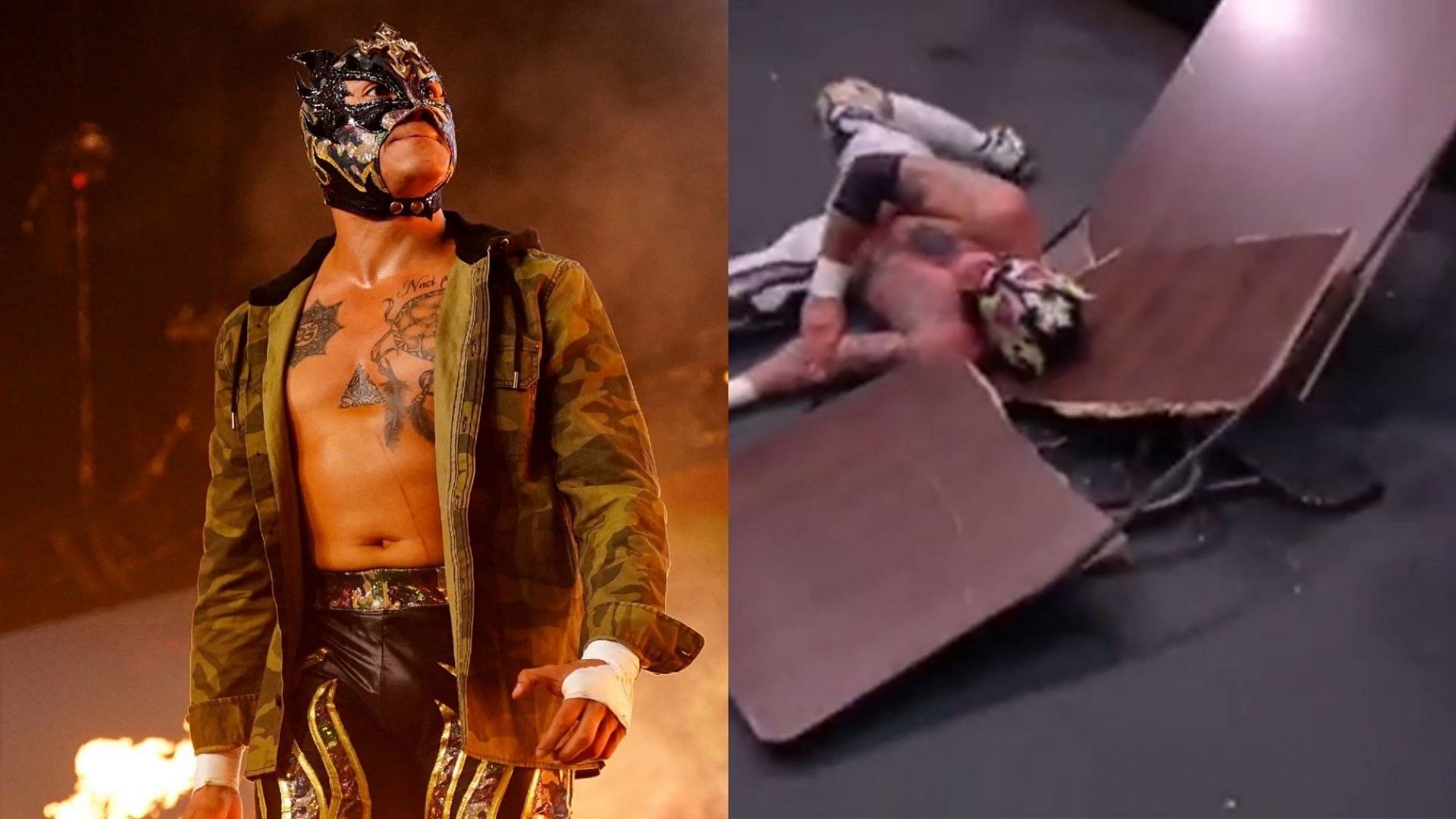 Rey Fenix, the former AEW Tag Champion suffered a terrible arm injury after a spot at the table to the outside. Fenix fell on the mat and narrowly missed a table set up earlier in the match against Jurassic Express. Fenix’s arm was bent backwards upon landing. This caused Fenix to appear dislocated and left fans worldwide in shock.

Although it was a horrifying scene, Fenix is now doing well after Bryan Alvarez’s update. WON’s reporter confirmed that Fenix sustained a minor fracture to his arm and that it wasn’t broken.

Alvarez confirmed that Fenix would still be under examination to make sure there is no serious underlying damage.

This is good news to Fenix. Many fans are concerned that Fenix’s in-ring career could be at risk after that unfortunate incident. Fenix is likely to be out of action for several weeks while he recovers.