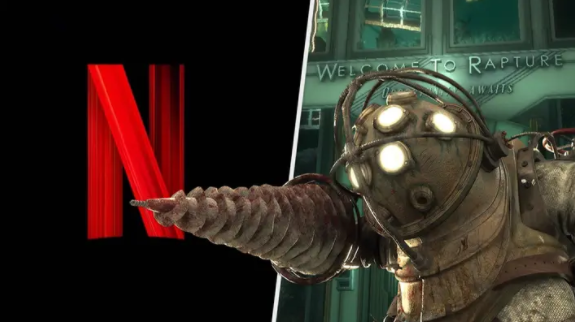 According to Copyright Documents, a BioShock Netflix Series is in development

According to Copyright Documents, a BioShock Netflix Series is in development

Netflix may be considering a movie or series based on Take-Two Interactive’s hugely successful BioShock franchise.

Twitter sleuth Supererogatory (via ) was looking through records at the United States Copyright Office (as everyone does on a slow evening) and came across some exciting information.

It appears that Netflix took out an option with Take-Two to adapt the BIOShockseries. BioShock and BioShock 2 are all listed. The BioShock Rapture book, written by John Shirley, is also listed.

Below you will see that the execution date was December 17, 2020. It appears that the Copyright Office did not receive the finalized document until January 6, 2022. This could be why Netflix has not yet announced anything about a BioShock series.

It’s worth noting, however, that just because Netflix has purchased the rights to BioShock does not mean anything will happen. Options are options. It is unlikely that Netflix will find the creative team or the right idea to bring a BioShock TV series or movie to life.

You might be wondering how difficult it would be to adapt BioShock. But, it has been done in the past. Director Gore Verbinski ( The Ring and Pirates Of The Caribbean) was working on a BioShock movie in conjunction with Universal in 2009 before it collapsed like a sandcastle during a stormy day.

According to the story, Verbinski wanted the movie R-rated. However, the studio wasn’t convinced that a film with a high budget and an R-rated rating would bring in any money. It was a different time. R-rated comic books and video games have proven popular in recent years. We may never know. Perhaps it’s BioShock’s turn…

Advertisement
According to Copyright Documents, a BioShock Netflix Series is in development