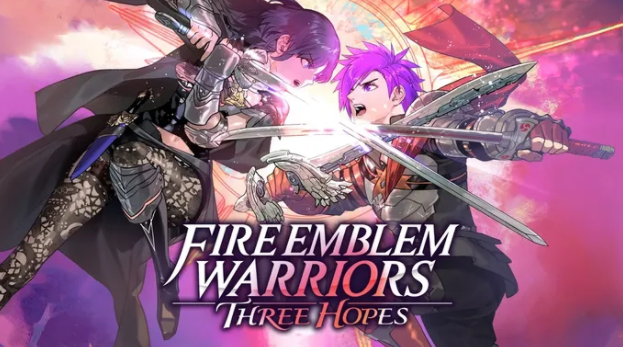 All you need to know about Nintendo’s next Fire Emblem entry.

During the February Nintendo Direct, Nintendo introduced Fire Emblem Warriors 3: Three Hopes. After a few conflicting reports on Intelligent Systems’ next game, it turned out that the next Fire Emblem will be a sequel…sort of.

Three Hopes will be released in June 2022. However, there is still much uncertainty as to what it is. Here’s what we know so far about Fire Emblem’s next game.

The Australian Classification Board has now rated Fire Emblem Warriors 3: Three Hopes. The Musou game received an “M” rating for mature, further information reveals that it will contain “fantasy themes and violence, as well as online interactivity”.

Three Hopes may not be the only Fire Emblem to release this year. Intelligent Systems is currently developing a second Fire Emblem title, according to Emily Rodgers at Famiboards.

Fire Emblem Warriors 3: Three Hopes was revealed in the February Nintendo Direct. The new trailer has more questions than answers. The three house leaders engage in combat against each other and not against recognizable enemies. Nintendo calls it a “new story” set within the Three Houses universe. We’ll wait to see if this is a retelling of a “golden path” that leads to a happier end for all involved.

But it won’t take too long. Fire Emblem Warriors 3: Three Hopes will be available for Nintendo Switch on June 24, 2022. You can see the trailer below.

Zippo claims they aren’t sure what the content will be, but they believe it would include Kirby and The Forgotten Land as well as Advance Wars 1+2, Mario Kart 9 and a new Xenoblade.

Zippo, a trusted leaker, has claimed that a Fire Emblem sequel is on the horizon. However, it’s not the Tellius Series remake as was claimed in April. Some believe it could be either a Genealogy for the Holy War or a The Binding Blade remake.