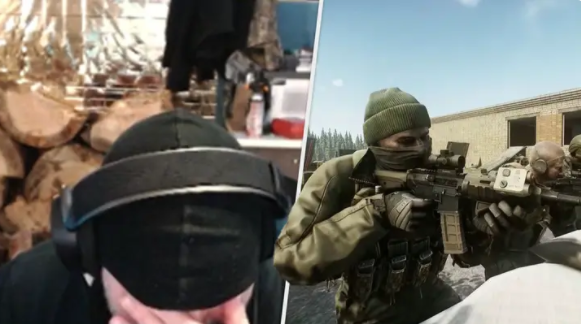 Bobbi, an Escape from Tarkovstreamer, has broadcast live over the past few years from a bunker at a military storage unit in the eastern part of Ukraine. This bunker is dangerously close to the conflict that has raged throughout the Donbas for the better half of the last decade.

Bobby (or Bob), explains on his website that his streams provide the only income for his family and that he is just trying to survive.

He writes, “I’m sorry for all those who have lost their lives, health, and loved ones in this conflict.” “I am not Ukrainian or Russian. Although I was born in Poland, I have spent most of my adult life overseas. I arrived in Ukraine to establish the foundations for western capital groups investing in Ukraine.

“The bunker’s location and the limitations of mobile internet may be possible in normal streaming conditions but this is what I have to do. This is my apologies. I will do my best to ensure that the stream is as high quality as possible for everyone. Sometimes my stream may be interrupted due to the mobile internet connection.

Bob has streamed in these dangerous conditions for many years and has built a small but dedicated following on Twitchin those years. Last night, Russia’s ongoing invasion of Ukraine forced Bob to flee.

Bob was streaming with his friends on the evening of February 24, when he made an announcement that he would have to leave.

The streamer, who was heartbroken by the loss of his family and friends, said that he hoped to be able “to see you again”. “I’ll drive to see my family, and I’ll keep everyone updated.”

Bob started to cry as he thanked all his supporters for their support and expressed his desire that the conflict would not spread further than it has.

Reddit has seen the footage circulated widely, with thousands of users showing support for Bob and offering their sympathy. The streamer is just one of many innocent citizens whose lives have been completely disrupted by the chaos.

Bob has not yet returned to Twitch but has been updating his safety concerns via Discord. Last night, he confirmed that he had taken his family to a small village south of Kyiv and will seek a way to reach western borders.

He wrote, “Thanks for your love and huge support.” “We are grateful to you all for keeping our heart open and not feeling alone. Your support and contact kept us sane in the most difficult times.