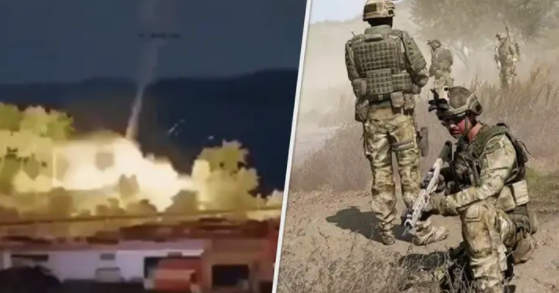 It has been revealed that some of the most shared social media videos of the Russian invasion of Ukraine by Russian troops are actually from a videogame.

You’re likely to be familiar with the fact that video clips of the realistic tactical shooter ArmA III have often been mixed with real-world events. multiple Indian news outlets used footage from the game last year to prove that the Pakistan Air Force was supporting the Taliban in their fight against the Afghan resistance.

A few months earlier, Reuters reported that social media users believed ArmA III to be footage of Israel’s defence system. The shooter was likely to be mixed with, the horrendous situation in Ukraine.

Bloomberg reported that the clips of alleged military action against Ukraine were the most popular on Facebook’s gaming channel. This footage was shared more than 25,000 times and seen by over 110,000 people before Facebook removed it.

This video was also briefly shared on Twitter, but it was eventually removed. The caption read “Ukraine launches missiles to intercept Russian artillery fire”. According to Kotaku, the tweet received 11,000 likes and nearly 2000 retweets prior to being taken down.

It is easy to fall for a viral post on social media. This is why it is vital that you verify everything before you share or engage with it.