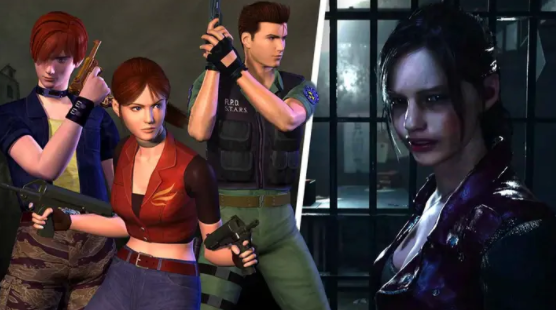 Happy Friday, everyone. If you haven’t been entirely consumed by Elden Ring (how many are “off sick”), I hope you are ready for some juicy Resident Evil content. There’s no wrong time to indulge in more Resident Evil.

Last month we covered the fantastic fan-made code: Veronica remake. This is currently being developed and maintained by a small number of talented fans. We’ve now seen five minutes of gameplay footage. Gamers will want this game in their life.

This video, posted on YouTube, shows the first five minutes captured in Unity and running in real-time. While the creators acknowledge that the gameplay is not final and there are some minor details and changes to be made to the game, I believe we can all agree that it looks fantastic already.

The comments section has been filled with support from fans: “I have to say that this looks so amazing and real. Capcom could hire the creators of this fan remake and then have them work together on the RE4 remake and all [other] Resident Evil titles and make them remakes. Isiah Holliday said that this masterpiece was an A+. “Awesome work!! It’s amazing! CodeVeronica is a favourite of mine,” said TheFitGamerDad.

The team behind the remake has made it clear that they recognize that Capcom holds all rights to the game. If they are asked to remove it, they will. We hope it is possible to finish it and get it out there before it happens. If you are interested, be sure to visit the team website.

This is a fun game, but it’s a great one. However, this makes us wonder if we will be hearing any official Resident Evil remakes in the future. Fans noticed that Outbreak assets had been remastered on Capcom’s website. This led to speculation that it could be a remake. There are also rumours circulating about a Resident Evil 4 remake. It’s all happening. We will have to wait to see if they are officially announced.