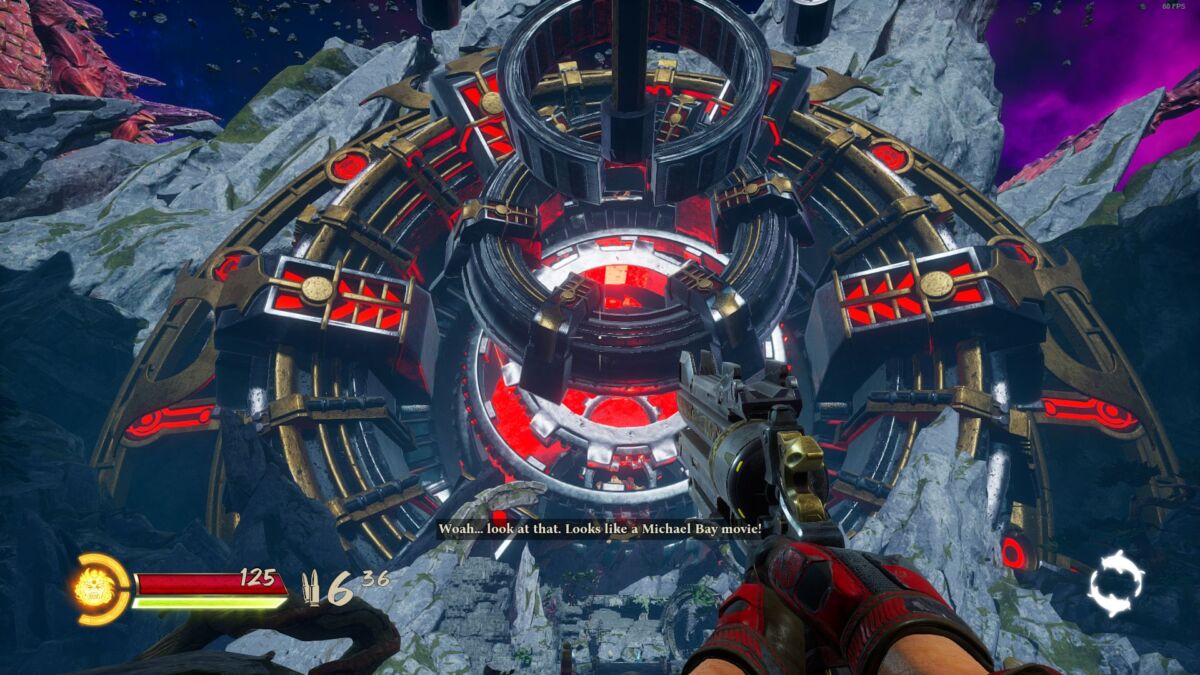 Flying Wild Hog’s Shadow Warrior 3 was a game that made me feel at home immediately after I played through DOOM Eternal five times. Shadow Warrior 3 today is a continuation of the DOOM-inspired Shadow Warrior 2. While it doesn’t have the same success level, it still has enough ideas to make it more than just another DOOM clone.

As Lo Wang, the mysteriously younger and hairier Lo Wang, you will play this role again. He is trying to regain his mojo after being defeated by a magic dragon. That’s it. This is it. You have all the reasons to dual-wield machine guns, pull eyes out of heads, and utter one-liners like a sentient Penguin bar. Shadow Warrior 3 is cinematic, with some eye-catching and sometimes funny cutscenes. However, it’s guilt-free blasting.

This blasting is just as loud as its most significant inspiration. It’s rare to see a large number of enemies that feel manageable. But once you get going and start using all of Wang’s weapons, it’s difficult to believe that he ever lost his mojo. Although the game does not include a BFG (something it refers to), it does give you a shuriken, grenade launcher, and beefy shotgun. My personal favorite is the Outlaw, which is the start handgun. It is incredibly satisfying to ping off headshots and clear out demons with the hammer.

Shadow Warrior 3’s depth comes from the upgrade system. This allows you to add points to your weapons and even the Wang. Shadow Warrior 3’s upgrade system allows you to discover these points by solving challenges or out in the real world. However, Shadow Warrior 3’s live service and co-op focus game are not as strong as its predecessor. The game is linear with a beginning/end, which feels refreshing and reminiscent of FPS games. It’s nice to have a game you can play in one day. However, those who want to keep it going for a while might not like that it only lasts 6-8 hours.

A game like Shadow Warrior 3 is so fun that it’s hard to believe how quickly time goes by. Shadow Warrior 3 delivers a rush of ultraviolence. Wang can run around arenas swinging from grappling hooks to bring death from above. Players also can take advantage of the game’s glory kills. Although their animations may not be as brutal as DOOM’s, their enemies can give you super-powerful weapons to punch them all the way. Shadow Warrior 3 has a variety of weapons that can be used to destroy your enemies, including homing eyes that work like Yondu’s whistle and a freeze grenade that allows you to clear out mobs quickly.

You can also move fast and get hit with lightning-fast combat, which only id Software or Hakita can match. You can use your katana to quickly swap with enemy weaknesses and hop, dashing, or replenish ammo. Shadow Warrior 3 is just like Eternal. However, it will require you to make full use of your arsenal. FPS veterans might want to increase the difficulty.

Apart from combat, platforming feels very similar to DOOM Eternal. The game even makes reference to it in dialogue. It’s not too complicated, just a wallrun here and there and a ladder vine elsewhere. While it’s enjoyable and changes things up, it doesn’t seem to be something I enjoyed much as combat. Shadow Warrior 3 appears to lack the same enthusiasm as DOOM Eternal, which seemed to have hidden corners full of secrets. Unless they are so secret, I haven’t discovered them.

These platforming sequences are where Shadow Warrior 3’s problems were most apparent. It can be challenging for Wang to “connect” to a section of the environment. Some of these platforms also go on for way too much, sort of like when you build an elaborate ride in a Theme Park and don’t think about whether it would be fun. A nasty bug caused me to lose all my progress on one of these platforming sequences. Flying Wild Hog was able to fix the issue in a matter of minutes. I would expect other issues to be resolved quickly. They love Wang and want you to hang out with Wang without having to say dang.

It must have been challenging to come up with Wang puns over the decades, I just realized.

Shadow Warrior 3 offers a simple thrill for those who want more DOOM Eternal. While there isn’t much in the way of originality, the game doesn’t seem to make any effort to be funny. Eternal is a great game to draw inspiration from. Shadow Warrior 3 offers similarly bloody, furious, if somewhat disposable, fun. Rip and play until the end.