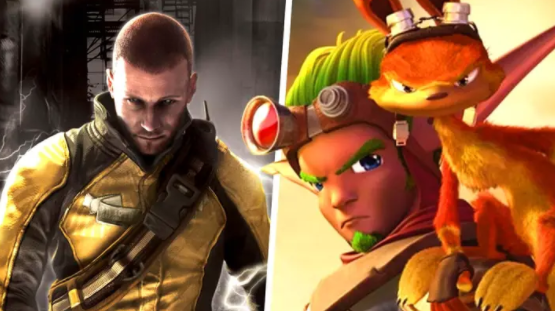 We all love juicy gaming rumors, don’t you? We do. That’s why we are here. It’s evident from the headline, so I won’t’ keep you guessing. PlayStation is rumored to be bringing back a significant series later in the year.

It’s not a trick to get you to read more. These claims are from @VGnewsinsider, on Twitter. He wrote: “PlayStation rumoured that it will announce the return to an ‘extremely beloved’ franchise in Q4 2022[.] With the game[‘]s] development rumoured at being ‘around 70% complete.”

This claim was shared on Reddit by U/Robxkansel. According to them, the insider is quite good at confirming rumors. Their account was recently taken down after leaked the Pokemon Scalet and Violet.

Fans are left to speculate about the possibility of a beloved series making a comeback. People on Reddit are guessing a lot – the leak was shared on a Reddit thread.

PassiveProc wrote, “So I’m thinking Jak & Daxter or Infamous are my guesses,” “Yes, please. DeviMon1 added,” Oh yes, please. I have been waiting since PS2 for a Jak 2 sequelIt’s’s been too freaking long”!”

A Jak-Daxter return would be great timing. Although they had confirmed they were not working on the game at the time, Naughty dog said that they would love to create a new version. It was also revealed last month that a Jak-and-Daxter movie is, in fact, happening. Ruben Fleischer, who directed the Uncharted film, is working on it.

Funny enough, confirmation of the movie was made just days after Tom Holland, who played Nathan Drake Uncharted (2022), stated that he would love to see that film and wanted Jak to play that role. Coincidence? Probably. However, we have a solid casting option.

However, the PlayStation leaker stated that they have more information about the rumor but are waiting to hear back from the source before posting anything. We’llWe’s to wait and see what happens.