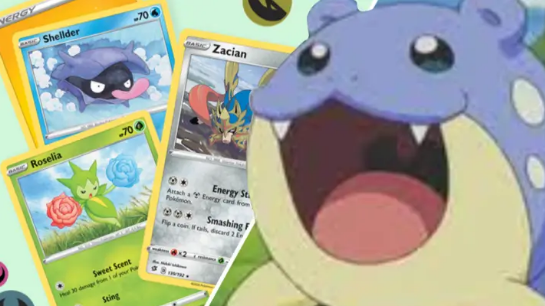 Official Version of the Pokemon Card Game is Now Available

Official Version of the Pokemon Card Game is Now Available

Pokemon cards are becoming more and more popular since lockdown. Since the resurgence, people have gone to great lengths to grab their favorite cards.

Most people collect them for the cute pictures, the thrill of the draw, and pure nostalgia. They don’t know how to play trading cards. While some are drawn to flipping them to make a profit or to enjoy the rare and beautiful Charizards, others want to be able to admire the elegant Magikarp from Pokemon Snap. You don’t have to know the rules to enjoy those sweet pulls with those beloved booster packs.

The Pokemon Company seems eager to see card collectors play the game they were made for. If you want to create the perfect deck with counter strategies and complicated rules, the regular game can become overwhelming. The Pokemon Company has now revealed a new way of playing.

TCG’s new version uses regular cards but focuses more on catching Pokemon than defeating them. This version of the TCG is easier to understand and more appealing to a younger audience. The Poke Catch game is where both players draw from the same deck of Energy Cards and use that deck to catch wild Pokemon. The Pokemon you see isn’t yours to use. You are also trying to build up your collection by acquiring different types of mons.

This version of Pokemon is not the most advanced, but it might be worth trying if you’re looking for an easier way than spending so much money to get the cards.