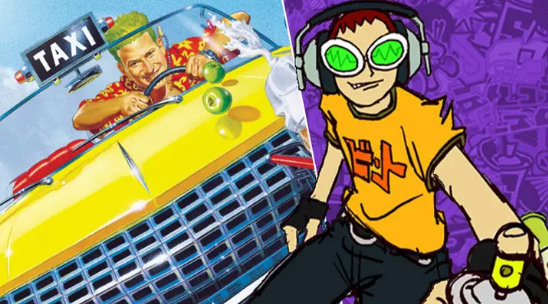 SEGA is Rebooting Jet Set Radio and Crazy Taxi, According to Insider

SEGA is Rebooting Jet Set Radio and Crazy Taxi, According to Insider

Bloomberg reported that Sega Sammy Holdings (the parent company of the gaming giant SEGA) plans to bring back two huge titles from the Dreamcast era, Jet Set Radio and Crazy Taxi. Sega Sammy will not remaster or remake the games you played in the early 21st century. Instead, it will be something more meta.

Instead of being standalone games for modern consoles, they will be represented by the SEGA’s new Super Game initiative. Sega Sammy aims to create free-to-play titles that can be used to build communities on multiple platforms, host in-game social events, and support a microtransaction marketplace. The TL;DR version is that they are looking to do Fortnite using SEGA IP.

According to the report, Crazy Taxi’s ‘Super Game’ project has been in development for one year and could be out within two or three years. Bloomberg was informed by unnamed sources that a Jet Set Radio title is developing. However, they also suggested that the two projects could be abandoned. Sega Sammy’s goal is for both brands to return, but it’s not certain that either brand will. This may be their only chance of ever coming back.

Bloomberg asked SEGA for its opinion on the report, and SEGA responded with a classic “no comment”. However, its information about the “Super Game” initiative, highlighted by VGC, highlights four critical criteria for each release. They must be available in multiple languages, be AAA-quality produced and be released worldwide simultaneously. These games will have the “global blockbuster” scale. VGC suggests that cloud technology could be used in these games. NFTs could also possibly be considered.

A Crazy Taxi that is always online? You can connect with strangers and friends, complete missions together and hang out. How does that sound to you? Although I am not convinced, there is no doubt that SEGA has a lot of IP sitting in its vaults right now that could be used well online. Do you want a new MMO with a Shining Force theme? Alex Kidd, Metaverse World. (Actually, there are no thanks.

We have Team Reptile’s Bomb Rush Cyberpunk, our next spiritual successor. It even features Hideki Naganuma, the composer of Jet Set Radio. Bomb Rush Cyberpunk will be out on PC later in 2022. We hope it is a better experience than the Crazy Taxi-inspired Taxi Chaos released in 2021. Boo, for disgustingly inferior homages.

Advertisement
SEGA is Rebooting Jet Set Radio and Crazy Taxi, According to Insider