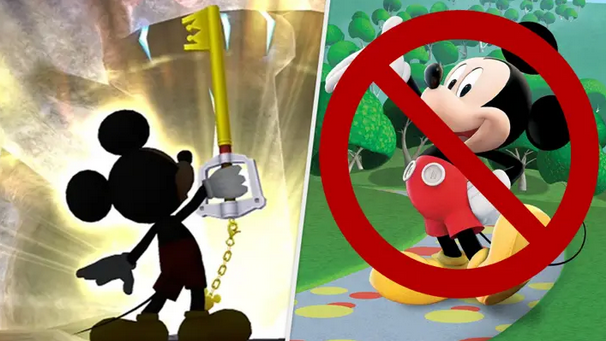 Disney to Lose the Rights to Mickey Mouse

Disney to Lose the Rights to Mickey Mouse

It has been revealed that Disney could lose rights to its most beloved and well-known character.

According to Deadline. A bill has been proposed by Republican Senator Josh Hawley that would see Disneylose copyright for the original Mickey Mouse.

If passed, the bill will reduce copyright protections from 95 to 56 years. This would mean that Disney could lose some of its older copyrights.

The bill will only apply to entertainment or theme park companies that have a market capitalization greater than $150 billion. It is worth noting that the bill also contains a provision to delay action for up to ten years.

Hawley stated in a press release that “The age of Republican handouts for Big Business is over.” Special copyright protections provided by Congress have allowed woke corporations such as Disney to make billions, while more and more accommodating to activists. It is time to end Disney’s exclusive privileges and usher in a new era creative and innovation.

Walt Disney and UB Iwerks created Mickey Mouse in 1928. This character went on to be Disney’s mascot and one of the most well-known cartoon characters on the globe. You already know this because Mickey Mouse is the mascot.

After Disney’s outrage against the Parental Rights in Education Law (which prohibits gender identity discussion in schools beyond third grade), Hawley’s bill is now being considered.

Keith Kupferschmid (CEO of the Copyright Alliance) stated in a Tuesday statement that “This legislation would hurt those millions of everyday Americans who rely upon copyright for their livelihoods, in creative industries largely controlled by small and independent businesses.”

Deadline states that Hawley’s bill is unlikely to be successful, citing a Democrat-controlled Senate as one reason. Sen. Sen.

Advertisement
Disney to Lose the Rights to Mickey Mouse