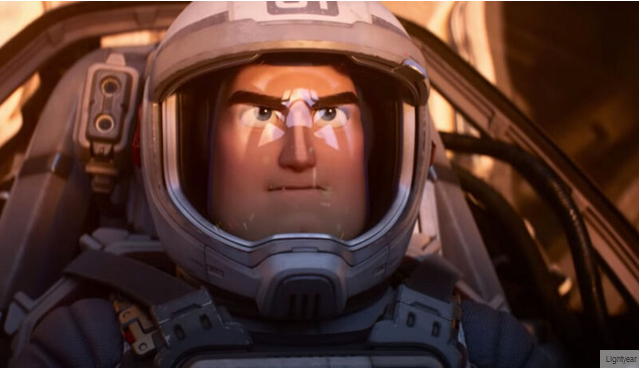 Andy, a young boy from California, received a toy in 1995 from his favorite movie. The movie will finally be shown to the public in 2022. Many people will walk away thinking, “Yup, I can see a young boy enjoying this movie.” However, Lightyear doesn’t provide much to older audiences.

Lightyear is the story of Buzz Lightyear, not the toy but the fictional character that the toy is based on. He’s a Space Ranger who sets out to find a way home to his family after getting lost on a hostile planet located 4.2 million miles from Earth. The plot is quite generic for a sci-fi action movie, and it’s hard to imagine how it would have received half the hype without the connection with Toy Story. This film would be worth recommending if Buzz Lightyear were replaced with a new character.

Lightyear, aside from its beautiful animation, doesn’t feel cinematic. Instead, it feels more like an episode of a Saturday morning cartoon with a high budget. It’s not thrilling, and the stakes are rarely high. Almost no scene makes you think that the characters won’t make it. The film’s sci-fi elements lack creativity. There are no original designs for the locations or the technology.

The characters are so flat and uninteresting that it is hard to root for them and against them. Buzz Lightyear appears to have lost most of his personality since he was a toy. He’s become a determined Space Ranger who is nice but prefers working alone. Izzy Hawthorne, the exuberant sidekick, is never anything but the overexcited sidekick. Other characters are one-note and only exist to make jokes or participate in bizarre hijinks.

While it would be okay if you only watched a half-hour of cartoon episodes on a lazy weekend, this film is just too short to remember as a full-length movie. Although the movie isn’t bad and produced by competent people, it doesn’t have a soul or an emotional beat.

Lightyear doesn’t look like it was created because of a message, world, or story that the creators wanted to share. It feels more like a studio mandate. Like the authorities were trying to keep the Toy Story franchise alive.

Lightyear is not worth the effort, but it is also not worth loving. This is due to its lack of love and inspiration. This film is a great example of creative bankruptcy. It can’t hide the fact that it was created solely for profit. It’s not frustrating at all, but it is disappointing.

Pixar used to be the best animation studio in Hollywood. They made films that were nominated for Best Picture Oscars. You expected a certain level of sophistication in all of their films. But, you are constantly curious if this film will be as sophisticated.

It’s fine. If you want to see Lightyear because of your love for the Toy Story franchise, it’s worth a single viewing. For anyone else, you’re better off just watching the four Toy Story films again.