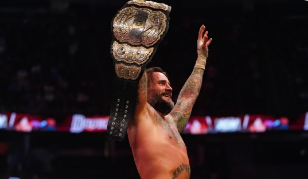 Although the official release date for All Elite Wrestling is not yet known, there are reports that it will be released in the fall of 2022. We’ll keep this page updated regularly with any new announcements.

This guide will contain all official updates and leaks regarding AEW Fight Forever.

Is AEW Fight Forever yet scheduled for release?

In a podcast, Kenny Omega, AEW executive vice president, stated that the team hopes AWE Fight Forever will continue on track for a 2022 release. Although this isn’t encouraging, Yukes, one of the industry’s most respected creators of wrestling games, is developing the game.

Which platforms does AEW Fight Forever operate on?

Yukes claims that AEW Fight Forever is coming to all major platforms: PC, PlayStation 4 & 5 and Xbox One.

Currently, Nintendo Switch has not confirmed that the game will be released.

We have all the most recent video releases for anyone who missed the official trailers for the upcoming WWE game.