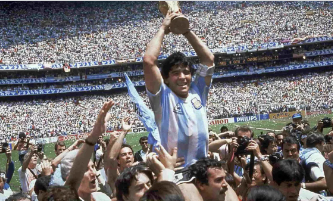 FIFA 23 has arrived quickly, with a FIFA 23 release time shortly to follow.

But FIFAfans are focused on one thing right now: whether or not the game will feature a World Cup mode.

FIFA23 is the end of the long-running partnership between EA and FIFA. It will have more leagues and players than ever before.

While this has generated quite a lot of excitement, many believe that the World Cup Mode will be featured in FIFA23.

World Cup Mode was featured in an update to FIFA 18, and leaks indicate that it will be the same story for FIFA 23.

This add-on was first available for FIFA 14. It allows players to take any country to glory with all the most recent squads, kits and stadiums.

EA has also updated the Ultimate Team update. You can create a FUT with qualified World Cup players and compete online at a zhuzh up World Cup.

FIFA 18 introduced a new World Cup Mode called ‘Icons’. Although Icons was the World Cup’s version of Legends, it had an unfortunate side effect. Many FUT squads were left with similar players and chemistry.

FUTZONEFIFA stated that FIFA 23 World Cup Mode would arrive at the AAA game in late November 2022.

This is evident when you consider the start time of the Qatar World Cup and the events in FIFA 14 & FIFA 18.

To the dismay and surprise of many fans, another FIFA leaker claimed that Icons was confirmed for FIAF 23, much to their disappointment.

It is great to see the true legends of the game back, but we wish there were an option to seperate them from the main FUT.

What was the FIFA 18 World Cup Update?

EA released a lot of content in the FIFA 18 World Cup Update.

One of the most memorable introductions was the World Cup Player of The Match Ultimate Team Card, awarded to players who excelled on the big stage.

Ratings are automatically updated if a player has a MOTM upgrade.

Each new item in World Cup FIFA Utilities had new ratings. These items are not available in FIFA 18 Ultimate Team.