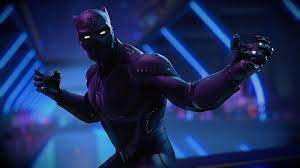 What are you feeling, Marvel fan? This weekend’s announcements covered three years of news. It will take us quite a while to absorb everything. Marvel announced that the MCU’s phases four, five, and six will now form The Multiverse Saga.

We are currently in phase four. This will conclude with the highly-anticipated Black Panther, Wakanda Forever, scheduled to be released on November 11, 2022. While the cast and creatives paid tributes to Chadwick Boseman, they also debuted the first trailer for the film. However, one insider has teased that there is another Black Panther movie in the works.

One industry insider claims that a Black Panther videogame is currently in development. Jeff Grubb, a gaming reporter, took to Twitter for the teaser. He wrote, “Wakanda forever trailer was great. Let’s discuss the Black Panther game tomorrow live on Game Mess Mornings. Grubb has not yet provided any further information, but he has been a reliable source in the past.

Grubb incorrectly leaked Star Wars Jedi: Survival’s title and teased about the impending announcement. Although Black Panther has yet to make an appearance in a solo title, he did appear in Crystal Dynamics’ Marvel’s Avengers. Christopher Judge, God Of War Kratos, voiced the character in the game.

Grubb hasn’t yet revealed the identity of the game’s creator, but we’ll be watching for more details as he teases. This information should be taken with a grain of salt, as always, until it is officially announced.