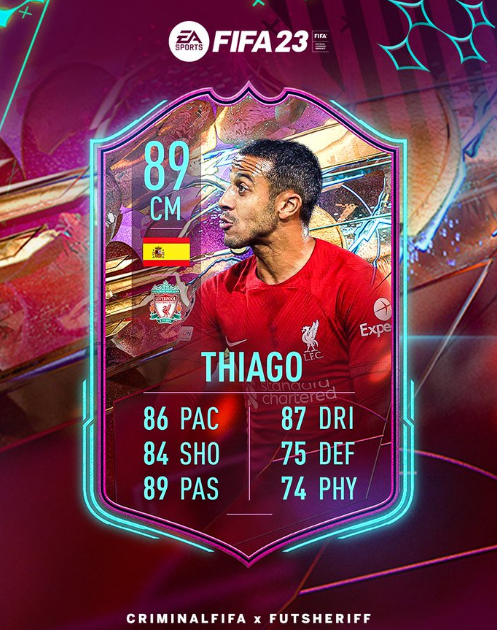 FIFA 23 Ultimate Team has a great start. EA quickly flooded players with promotional offers. Ones to Watch was the best, and Road to the Knockouts brought the Champions League to this year’s game for the first time.

The next event is not far away, and Rulebreakers has now arrived to add even more cards to the game.

Thiago is added to come in RULEBREAKERS TEAM 2Good CM? Make sure to follow me and @Criminal__x for more!#FIFA23 pic.twitter.com/pEyw7NyaRu

What is FIFA 23 Rulebreakers card?

Rulebreakers usually take popular cards not troubling the FUT meta and rearrange their stats to make them more usable. The Rulebreakers promo often provides a significant speed boost, but the goal is to change the card’s playstyle.

FIFA 23 Rulebreakers will be one of the best promos of the year due to the dramatic changes it makes for the players. Many meta stars could be included in this event, considering how many cards are available on the FUT marketplace.

These are our predictions regarding FIFA 23 Rulebreakers

This is all we know so far about FIFA 23 Rulebreakers. visit the official page for the latest update we’ll update this page.