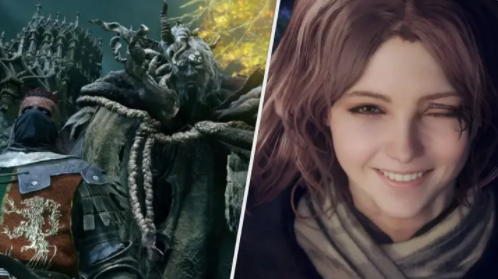 Elden Ring is set in the Lands Between. This beautiful but grim realm has suffered under the effects of the Shattering, which corrupted its demigods. You could be swept away by the terrors of this world while you dodge and maneuver, but if you don’t look around every once in a while, you might miss it. This mod allows you to take selfies in this sad world and save them to your scrapbook.

In his review, Ewan said that the Dark Souls successor is ambitious, punishing, vastly overwhelming, and infinitely rewarding. It’s also FromSoftware’s most successful game to date, and one that I’m delighted to say, is a modern masterpiece that will be remembered as one of the greatest games ever made. Although I am more of an Animal Crossing-oriented person, it is hard to deny that Elden Ring has been a hit with gamers worldwide.

The latest GSD market data reveals that Elden Ring has been the most successful game launch other than Call Of Duty and FIFA. It sold 2.5 times more than Horizon Forbidden West, which we also considered a fantastic open-world game for gamers who enjoy putting their skills to the test.

A photo mode is a great way to capture the many, many, many tragic deaths that you have in this terrible and challenging world. The mod by Frans “Otis_Inf” Bouma gives you unlimited camera “movement” and rotation. It also allows for different game speeds, visibility to enemies, sunlight direction control, and invisibility to enemies. This will enable you to create the perfect shot of Margit and the Tarnished.

The mod comes with some caveats. It’s not available for download until MarchIt, and you will need to be offline to avoid being banned from Elden Ring.