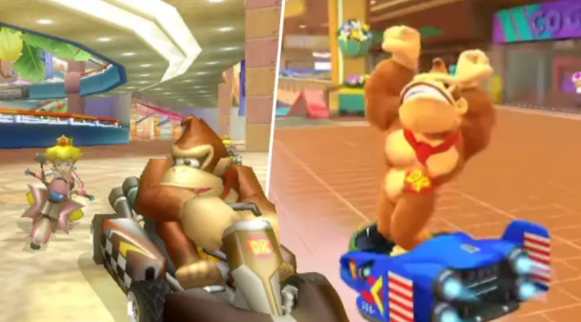 “Mario Kart 8” DLC Dropped. Here’s How It Compares to The Originals

“Mario Kart 8” DLC Dropped. Here’s How It Compares to The Originals

Nintendo stole dropped a cheeky Nintendo Direct last week, and fans were disappointed that they weren’t receiving Mario Kart9 as we all expected.

Daddy Nintendo instead promised to increase the number of tracks in Mario Kart 8 Deluxe by adding 48 more tracks over the next two-years. The best part is that Nintendo Switch Online owners and Expansion Pass holders can access DLC free as long as the main game is still available.

Many have been concerned about the appearance of the new tracks since the trailer was released. They feared that they wouldn’t live up to the standard of the courses in the base game. They look vastly better when compared to the original tracks that they are based upon.

Lucky Cat Cup is the other cup that was released today. This cup allows you to play on Tokyo Blur, Ninja Hideaway, Mario Kart Tour and Shroom Valley from Mario Kart DS. Sky Garden is also available from Mario Kart Super Circuit.

We don’t yet know when or what tracks the next wave will include. Nintendo has confirmed that it will include tracks from all Mario Kart games. It shouldn’t take long for Double Dash to arrive.

Advertisement
“Mario Kart 8” DLC Dropped. Here’s How It Compares to The Originals