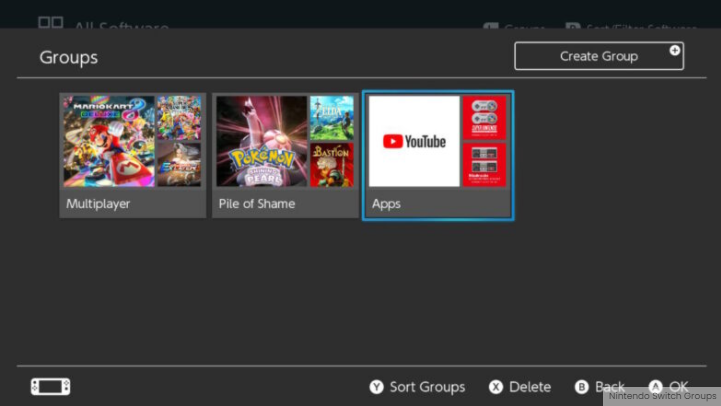 To create groups, you will need to download the latest version 14.0.0 system upgrade. You can only create groups if you have more than 13 software titles installed on your Nintendo Switch. These titles can be either apps or games.

After you have met these requirements, go to the All Software screen. Click the L bumper to access groups.

When you press the button, you will be asked to create a new group with the titles you have already installed. Each group can contain up to 200 titles. You can create as many groups as you like. You can add titles to multiple groups so you can sort by multiple criteria. You can search for a keyword.

To edit your folder, return to your groups and highlight the group that you wish to modify. Then, press R.

Although the ability to create groups isn’t the most important update to the Nintendo Switch, it is an essential feature for those who have a lot of software on their Switch. It’s still useful, even if you don’t plan to use it for anything other than organizing your shame pile.