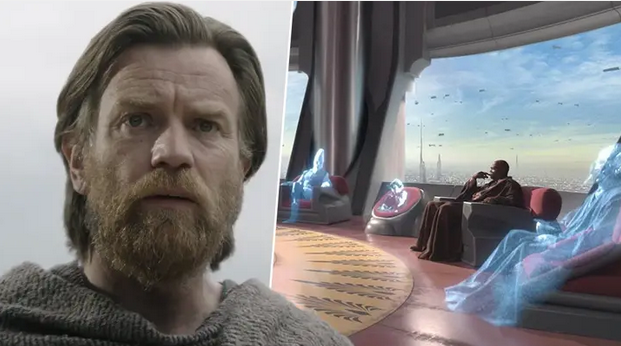 Okay, so I will start this article by saying that Obi-Wan Kenobi Episode 4 (released today) is a must-see. What are you doing? What is the point of being like this? Let’s see it if you have.

Episode 4 of the show features Obi-Wan, Tala and Reva as they attempt to rescue Leia, who the Child Snatch has kidnapped. After glossing over many details, Obi-Wan finally enters the security sector and discovers something horrifying: the bodies of many Jedi covered in orange goo. These will be called pickled Jedi from now on, and I won’t be asking any questions.

Obi-Wan is not only shaken by sight but also recognizes some of the dead comrades. He first looks at Jedi Master Tera Sinube, who in Star Wars Canon wasn’t confirmed dead until this episode. Since it’s not the subject, we are here to discuss. We are not here to discuss the pickled youngster with his Jedi hat still attached. Oof.

As Obi-Wan leaves the chamber, there is a shot of a Jedi at the right of the screen. He bears an eerily similar appearance to ….. Mace Windu. !

We’ve done some detective work, and unfortunately, the results are not conclusive. It is known that Anakin cut Mace’s right hand in Star Wars Episode III: Revenge of the Sith. At first glance, it appears like the goo has Mace’s right hand. However, if you look closer, his left hand could be extended in front of him. It isn’t easy to know for sure.

However, I am unsure if this is Windu. First, Kenobi and Windu knew each other well, and it is hard to believe Obi-Wan would walk past Kenobi without even a second glance. It’s also not likely that Disney would ever do Mace Windu, who many fans have longed for a return of for so long. In real-life terms, the character’s status is still a grey area. This means that they could do a Mace Windu series that would blow our collective minds and make lots of money for Disney. It doesn’t look as much as Samuel L. Jackson if we are sincere.

Obi-Wan Kenobi can be viewed on Disney+, with new episodes released every Wednesday. You probably knew this already.