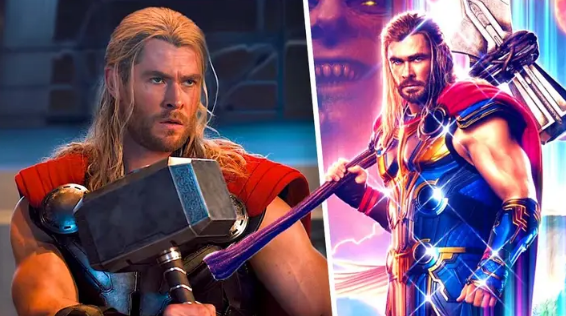 It’s less than a week before Thor, Love, and Thunder crash in cinemas. Next Thursday (7th July) will be the date. US readers, don’t worry, it’s just an extra day on your side.

Xbox has everything you need to get into a happy Marvel mood. An official Twitter account just revealed a new series model that is designed to look like Thor’s hammer, Mjolnir. That’s not all. The mini-fridge is unbeatable.

The console is real and exists. However, we won’t be able to go to the local gaming stores to ask for one. Instead, Xbox is giving it away via a sweepstakes competition – anyone 18 or over can enter simply by following the official account on Twitter, and retweeting the following tweet with the hashtag ‘#ThorLoveAndThunderSweepstakes’.

As of the writing of this article, there are currently more than 9000 quote retweets from people doing exactly that thing. It’s quite a competition, but somebody has to win it. You have until July 21st to enter. Don’t miss it!

You may also be interested in the memes concerning Ant-Man or Thanos. The memes about Ant-Man and Thanos? After all the time, Marvel has finally responded to the situation. It is now official that Ant-Man knew that people were speculating about him doing it. It was only revealed in a video taken from the Avengers: Quantum Encounter dining experience on the Disney Wish cruise. It’s not what everyone wants before they eat, but it is very important. This is the lore that we all deserve.