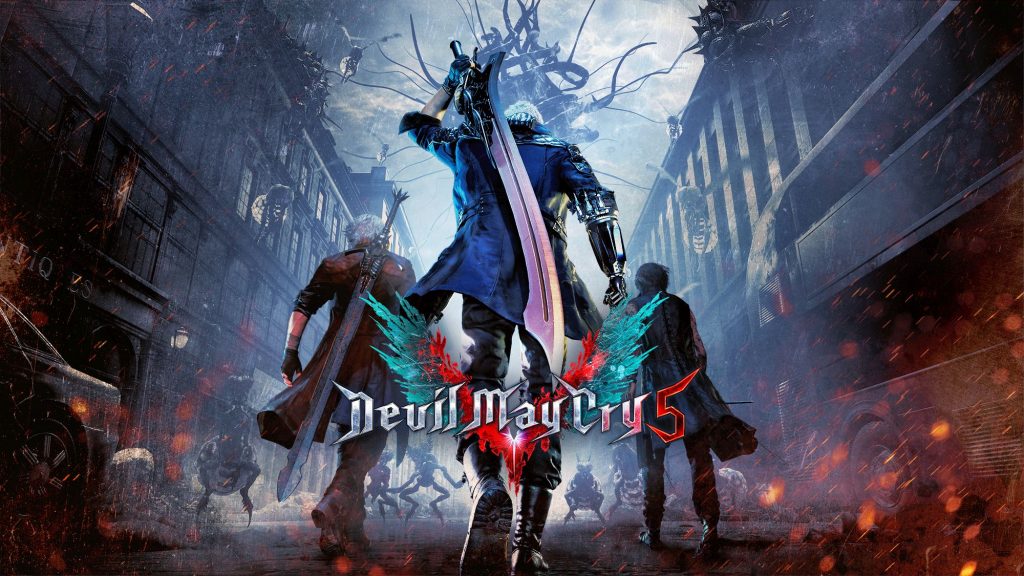 Devil May Cry set the benchmark for stylish hack and slash games. It was subsequently successfully followed by other people like Bayonetta, God of War, and Ninja Gaiden. What that places Devil May Cry apart from the others is its own unique cast of characters. The demon hunter Dante has continued to pave the way for cheesy one-liners, crazy action sequences, and though the first game had a very gothic terror vibe, the next game is exactly what shaped it in its existing form. You’ve got the twin brothers Dante and Vergil, the female demon hunter Trish, along with the gun-wielding Lady. All of these made their introduction in the initial three Devil May Cry games and have continued to remain popular among the fans. Devil May Cry 4 introduced Nero, a teenager who had the power of this strong demon Sparda. Nero worked for Order of the Sword and had a love interest with Kyrie. Devil May Cry 4 continued the trend of stylish action and humor with two playable characters in the form of Nero and Dante. Not just it featured a brand new storyline, but in addition, it destroyed the iconic style and personality of Dante. The one thing that it deserves credit is supplying memorable boss fights and the battle itself wasn’t that bad.

It has taken more than a decade but we are finally able to see the story continue from Devil May Cry 4. Nero, Dante and a new mysterious person V, are the three new playable characters in Devil May Cry 5. Each of them behaves differently and offers their own unique breed of action. Nero has lost his Devil Bringer arm and gets it replaced with a mechanical variant called Devil Breaker. He can equip a variety of mechanical arms in the game, each offering their own unique advantage in combat. Dante offers four different styles that help make the combat feel balanced and fresh while V doesn’t even fight on his own but can call demons to battle along with his side.

Devil May Cry 5 takes place in the Red Grave City which gets invaded by a powerful demon named Urizen. This hooded figure is the main guy behind Nero losing his arm. Urizen wants to become the king of the underworld and breeds Qliphoth tree which requires human sacrifice. This is the central theme of the story in which the three playable characters, Nero, Dante, and V, all progress through the narrative in their own story missions. The story constantly switches between flashbacks and the present events to slowly outline all the major plot elements. This style of storytelling works great in Devil May Cry 5, and it is easy to follow the chain of events in the timeline that spans across several weeks from the prologue until the ending.

The game’s opening is basically a flashforward where the main party gets to witness the power of Urizen, the powerful demon that is ruling Red Grave City. Nero and V barely make it out alive while Dante gets stuck in the Qliphoth tree along with Urizen. The story then chronicles between Nero, V, and Dante. Each of them follows their own separate path in this journey and fight different boss battles. They can interact together in some missions but you can mostly see it in the background. This brand new feature comes with a new online multiplayer mechanic during which you can find another online player fighting as one of the playable characters. As the mission ends, you can give them a rating depending on their performance.

Devil May Cry 5 is a great looking game, but this comes at the cost of a lack of variety in the environment. Most of the missions are in Red Grave City and while you move through different locations like the sewers, demon-infested places, and more, there is a lack of diversity in the background. The enemy design is top-notch though, and every new enemy throws a wrench in how you play the game because you have to adapt to their attacks to survive and get the best ranking possible. The incentive to get a ranking at the end of the mission means you have to constantly juggle between combos, avoid damage, and make sure that the mission doesn’t take that long to finish.

Customization is very important in Devil May Cry 5. You have to learn new combat moves, skills, and upgrade to survive. There are two difficulty choices available and they are not named traditionally like easy or normal. The game instead offers a standard difficulty suited for the newcomers and a demon hunter difficulty for series’ veterans that might be hard due to the frustration I faced in boss fights. I picked the latter one and found the game easy enough until I encountered my first boss in the game. The jump in difficulty during each boss fight feels unfair to how most of the missions and normal fights play out. V was generally the easiest to control out of the three while I had the most trouble with Nero.

Nico serves the role as the main helper during the story. She drives around in a van available during the middle of a mission once you gain access to a phone booth. This always leads to a hilarious scene of Nico rushing to reach your place in the most outrageous way. You can also customize your character at the start of each mission. Customization or upgrades all need red orbs which can also be used to buy items like Gold Orb letting you continue from the same point after dying. You can also find these secretly scattered in each mission and honestly they were a life saver for me in the boss fights.

Devil May Cry 5 offers plenty of cutscenes and even has an opening prologue inspired by Deadpool movie complete with the slow-motion camera shots. In this regard, the game doesn’t disappoint at all. I kept looking forward to every cutscene especially after I reached the story point to control Dante since he always had the best one-liners. Don’t expect great writing here, but compared to other games in the series, it has at least kept the humor alive with this one. There are many memorable scenes that you will see in the game and for the long-time fans, there is some nice throwback as well.