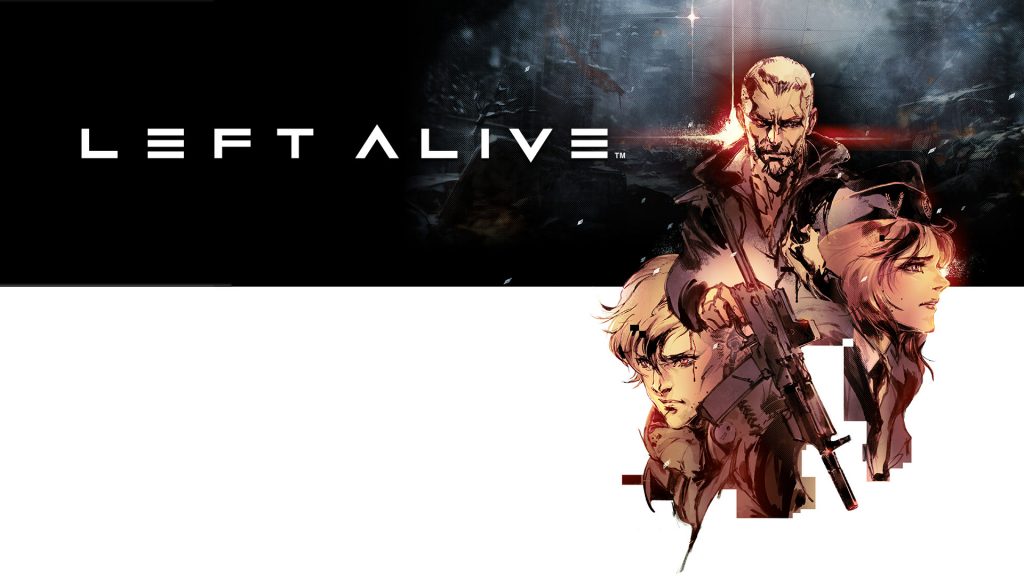 Left Alive has the dream development team on paper. You have Yoji Shinkawa from Metal Gear Solid series as the main character designer, Toshifumi Nabeshima from Armored Core series as the director, and Takayuki Yanase as the mech designer from Mobile Suit Gundam 00–yet it fails to capitalize on their creativity and talent and thus ends up becoming a mess of ideas jumbled together in a hurry to resemble a game. Strangely enough, I was also fascinated by the game and it was more than enough for me to keep playing it.

Left Alive’s story takes place during a war between two neighboring countries. The main story focuses on the country of Novo Slava that gets invaded by its neighbor as you control three different protagonists and experience the narrative from their perspective. You begin the game in war-torn Novo Slava. The setting is futuristic with the game referring to the 22nd century. This is the same universe as the Front Mission series but there are no major connections made to the games and Left Alive is kept as a separate entry developed on its own.

There will be three playable characters that you control across the game’s 14 different chapters. Each chapter can take several hours depending on how good you are at playing through the stealth segments. Of course, there is some action too when the mech gets thrown in the mix. These bipedal mechs referred to as Wanzer, are easily the best part of the otherwise dull combat system. They carry a lot of firepowers and make you feel like a part of the action. They also offer a nice change of pace from the frustrating and brutal stealth sections that you have to power through to make progress in the story.

Left Alive is a victim of its own ambition. The game could have worked better if the developers were more focused on a particular aspect of game development, and doubled down on it to polish it further. Right now, it is all over the place. Stealth appears broken and feels punishing even on the normal difficulty setting due to the terrible enemy AI, which coincidentally enough, also feels stupid at times. The shooting is so bad due to the lack of proper feedback and it is often hard to tell if your bullets are hitting and doing damage to the enemies, or just missing them altogether.

There are four difficulty options given in the beginning but it is best to start with the easiest one, which is Light. Even on this mode, the stealth is hard to achieve because of lackluster game design and the lack of a checkpoint system hurts the overall progression as you make repeated trips through every chapter. The world map layout doesn’t really help much due to how confusing it looks in the start. You can sometimes approach an entry point only to find it blocked in a way that there is no way for you to get ahead of it. These artificial barriers appear plenty of times during the course of the game’s main story campaign, all in the name of forcing you to go through a strict path for stealth.

Left Alive promises a great story and honestly, I don’t think the plot was that bad in the game. The three main protagonists all carry a distinct personality and have their role during this war that you will carry out across the various chapters. The game also throws in a dialogue choice system for some of the conversations tailored for multiple playthroughs to get the full experience. The issue is, it is often frustrating and rarely fun to the point that you will bother attempting a new game plus mode which lets you carry over some of your stats and skills so you can have a better time for your next attempt.

A big surprise for me was to see the support for the PS4 Pro with the game giving the choice of a high-resolution and high-framerate mode. It is not a bad thing to give such freedom when playing on the PS4 Pro and the HDR support is also nice to have, even if the game is not a looker. The cutscenes can look great but the level design is bland, uninspiring, and the animation is flat. It has a lot of elements from the last generation of video games but it doesn’t mean this is not technically ambitious. The cutscenes look good and the character models feel detailed, but that’s it.