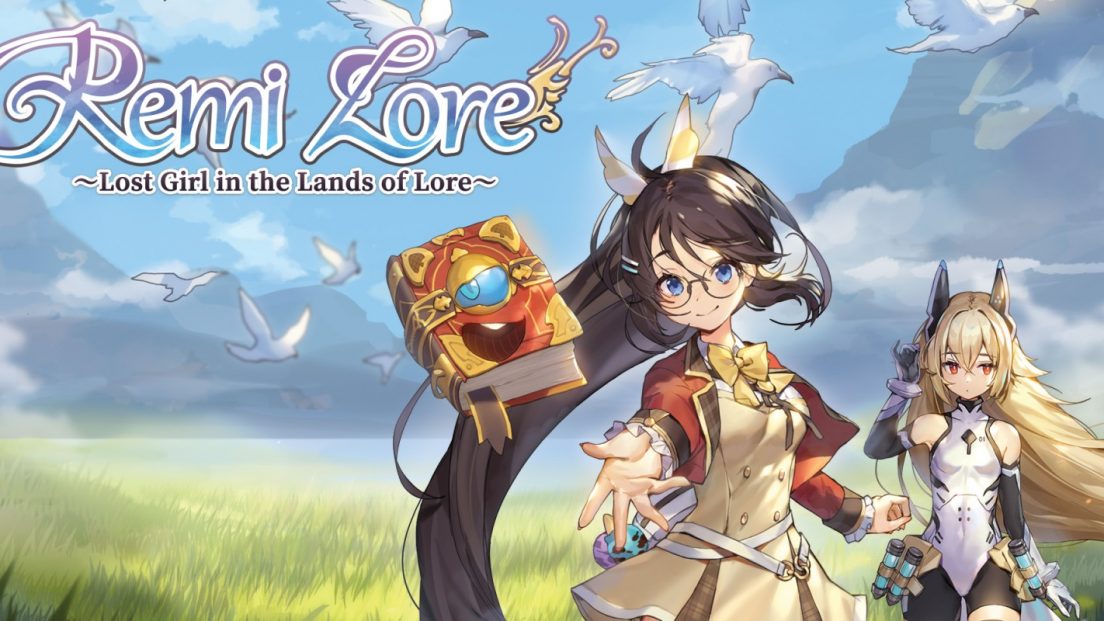 RemiLore is their most recent release announced from nowhere at E3 last year and it is finally on the PS4 and Nintendo Switch. RemiLore sounds intriguing right from the beginning. It is a Diablo-inspired loot action RPG in which you control a girl called Remi guided by means of a publication called Lore. The anime aesthetics make it appealing and stick out in the medieval setting of foot-based action RPGs.

RemiLore has two magical protagonists in the shape of the two leads, Remi the woman who is a high-school pupil, and Lore the publication with magical powers. Their dialog during the game’s campaign is going to keep you entertained even though it tends to get repetitive occasionally. The largest drawback of RemiLore is that the rogue-like layout for its progression system. The combat is fantastic, the story and characters are intriguing, however, the rogue-like components make it difficult to appreciate the real beauty of RemiLore.

The game introduces both lead characters with the concept that Remi wakes up one day in the magical world of Ragnoah with Lore as her guide. Together, they have to figure out how to escape from this world and met many other interesting characters on their journey. RemiLore offers randomized dungeons so every time you attempt a level, it will be completely different, but the level design doesn’t really leave the room open for imagination so it starts to get repetitive the more you play it.

There are boss battles but there are not many unique ones so you will face the same boss again. During every chapter of the story, there is usually a new environment and locations but once you dive deeper, the repetition kicks in again. You can pick from a variety of weapons like swords, brooms, and melee weapons while the magic is upgradable and used occasionally with help of Lore, but most of the game relies on your ability to sit through hacking-and-slashing at the same dozen enemies. There is a lack of variety with the enemy and combat encounters which goes all the way to the boss fights, and it is arguably my biggest issue with RemiLore.

The game would work better as a tightly focused narrative that could have treaded the same story elements except you had a clear idea of the beginning, middle, and the end. This is clearly not the case now and the progression system feels boring due to the lack of upgrades that make you feel like it is worth the grind. The upgrades rely on your character collecting candies or sweets from the monsters, environment objects, or treasure chests. At the end of the level, you will get a rank and unlock some treasure chests that end up throwing the same weapons that you dropped earlier.

The progression system looks flawed in its current state. As you die, you have to start over again and while you keep your upgrades, it feels like a chore to do the same levels again even if the randomization makes then less familiar, they still look and feel the same. If you can power through the multiple levels to complete a chapter, the story does get interesting but this will need patience and some luck.

The game claims to have more than 200 weapons but the truth is that you will mostly stick with a few offering either good DPS or a unique skill with it. The fun part of the combat is how you can chain combos together, and every weapon features a different combo set. Combine the combo system with the magic and you have a fun hack-and-slash game but albeit one that feels flawed due to the lack of variety in its environment, design, and progression system.

There is a co-op mode which I wasn’t able to try, unfortunately, but if you can find a partner, perhaps the game might feel better and actually enjoyable instead of the solo experience. The length of the campaign is not that long but the replay value is in collecting the weapons, going through the story again with a new game plus mode and enjoying the rogue-lite elements, so if you are not into that type of experience, this game is not for you. Don’t expect a good loot-based action RPG like Diablo, since the loot collection is barebones and lacks any strategical depth to make it fun.

RemiLore looks great whether you play it on the PS4 or Nintendo Switch. It seems better suited to the portable experience because you can keep coming back to it and then attempt the levels which are quite short. The replay value is good and the story seems fun, but it is hidden behind the barriers of a rogue-lite experience thus bringing down the overall enjoyment value of the game.