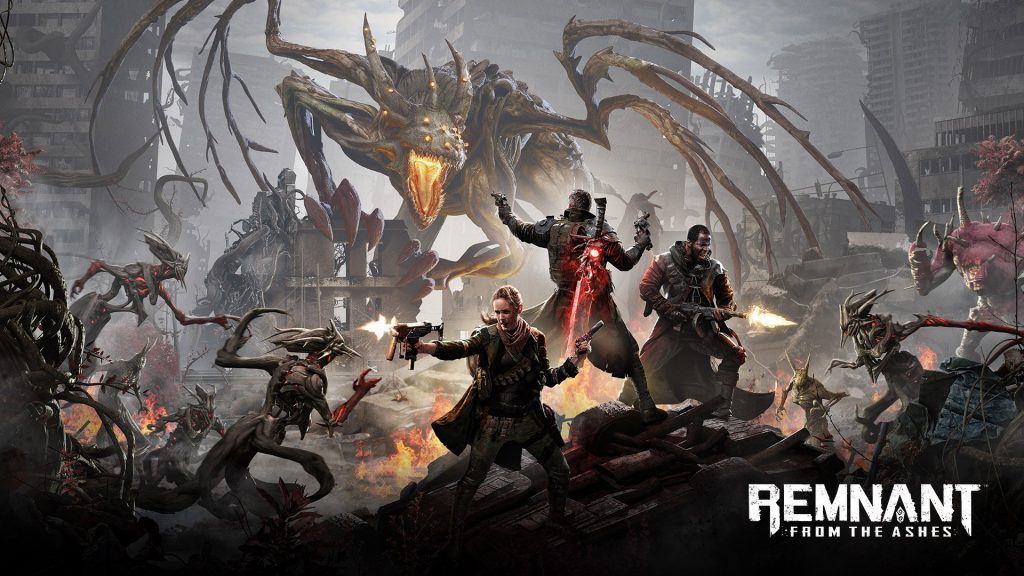 I believe that it’s no secret in this point that Remnant: From the Ashes borrows heavily from the Dark Souls series of matches. The sport is very obviously unapologetic from the pursuit of its variants on the well-established formulations of that show, which is something I appreciate about it, even though what we have here is kind of a mixed bag.

To start with, you have probably noticed that gameplay in Remnant is centered more on the use of guns than it’s on melee and magical. There’s a “Dark Souls, but with Guns” joke to be made here but that would not just do the sport justice.

Gameplay and the combat, in general, is considerably more satisfying and weighty that I sensed it to be with each of the guns having a very satisfying punch to them. Whether they’re Shotguns, Submachine guns or Pistols, they all feel great to use, plus all of them have conditions where they perform the very best. Even the weapons, which I presumed would play second fiddle to the guns, are satisfying to use. The method through which you find these weapons and upgrade themis another issue.

While you can find a bunch of weapons hidden around the locations you explore in Remnant, the vast majority of the most useful and fun ones almost always have to be crafted by the player from materials dropped from the bosses in the game–and while they’re really fun to use, such as an incendiary submachine gun, they just aren’t varied enough to support a wide range of play-styles. You can switch up the way weapons behave by making use of various Mods that provide effects like adding alternative firing modes or different status effects, but there’s a limit to how much they change things up.

Players will find themselves sticking with a few weapons that they find useful for hours on end, and choose to upgrade them again and again as opposed to trying out different newer equipment. The gear just isn’t varied enough like in the Dark Souls series, where players can find weapons to tailor to most play-styles, no matter how niche.

And because of the procedural nature of the campaign of Remnant: From the Ashes, chances are that you never actually know when you’ll encounter a boss weapon that suits your style. Which is a shame, because that is one of the best things about this game.

The way that procedural generation works in Remnant is that any time you die in the game, you respawn at the last checkpoint you were at before death. And when you come back, the route ahead changes with different environments and enemy placements and tactics, and the players are always kept on their toes. The game doesn’t take away experience like Souls in Dark Souls upon death but instead uses this method to make the experience challenging.

Even the bosses you encounter are not in a set order, and different players will encounter them in a different order. This adds a whole new layer of unpredictability to the game, and this makes subsequent playthroughs a lot more varied.

This unpredictability in the layout also encourages players to actively participate in online co-op, both to grind for experience and to explore a different path than your own.

And you’ll want to see as much as you can of this world on account of how beautiful it all is. I’m impressed by how good this world looks, but more importantly by how varied and distinct each new locations is. These locations are dark and twisted of course but in a grotesquely charming way.

But the story that’s told in conjunction with these locations is not exactly all that great. The game borrows the same narrative style that the Dark Souls series utilizes, with context often provided with vague item descriptions and NPC conversations, except it’s not all that coherent here.

I appreciate this style of storytelling, but it’s just not done that great here. Dark Souls lore is rich and meaty with environmental storytelling playing a huge role in convening the mood of the games, but a procedural game world design like the one seen in Remnant: From the Ashes just doesn’t hold up that well here.

Remnant: From the Ashes also has an issue with the difficulty in the game. The entire experience is challenging on its own to begin with, with enemies being able to take you down in a few hits if you’re not careful, but it goes completely off the rails during some boss encounters. These fights are expected to be hard, as they are here, but there’s a swarming tactic that this game often utilizes that is just way too unbalanced.

Sending hordes of enemies at players solely for the sake of difficulty is not fun, and there are moments where you’ll spend hours trying to overcome these intense difficulty spikes, before giving up and having a friend join you to make these just a little bit easier. And what this does is just turn an otherwise enjoyable encounter into a tedious grind.

In conclusion, Remnant: From the Ashes is a great game that makes use of a lot of already established, and fantastic, gameplay formulas. The shooting is fun and weighty, the visuals are fantastic and the procedurally generated aspects add a lot of replayability to the game.

The game has issues however with the way it chooses to tell its story, and the random difficulty spikes make it a bit tedious at times, but don’t let that get in the way of an otherwise great experience.