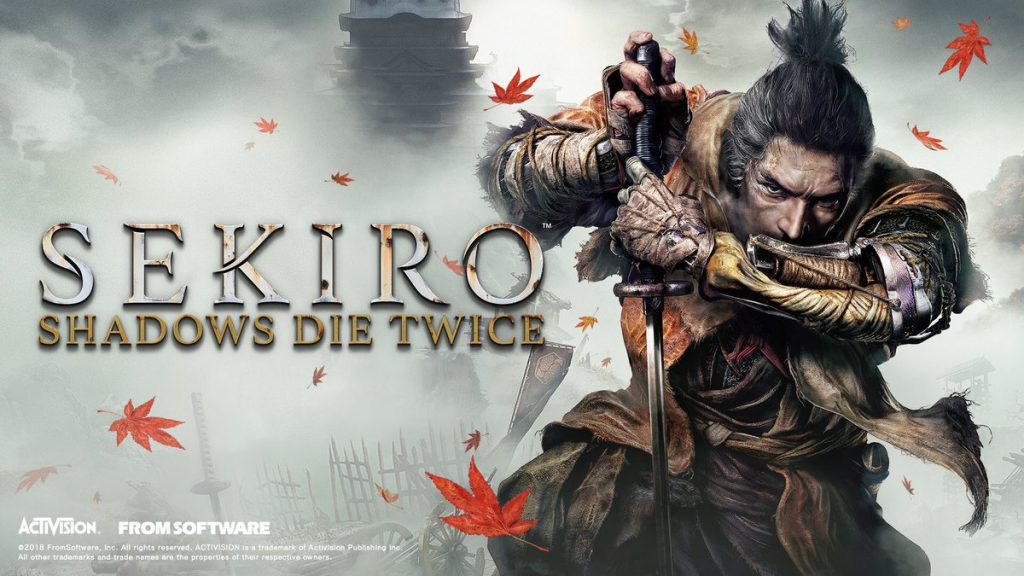 From Software has made a name worldwide with their job on the Souls series. Sekiro: Shadows Die is the first IP in more than a decade which has released concurrently on numerous platforms. Sekiro: Shadows Die Twice requires another approach by replacing the slow and systematic kind of this series with a combat system that is quicker and action-packed to gameplay. Additionally, it gives the player full freedom in upcoming their goals and works using its own new arm . Stealth also plays a major part in Sekiro making it a successor to the Tenchu series.

Sekiro requires a different approach to the narrative by ditching personality creation and instead focusing on a fixed main character. “Wolf” is the most important protagonist of Sekiro: Shadows Die Twice who gets a detailed backstory ahead of the game begins, which is extensive enough to understand his motivation and also find some personality development. He is a skilled shinobi warrior who was an orphan before a shinobi decides to embrace.

Sekiro takes place in a time period reminiscent of the 16th century Sengoku period in Japan. The land of Ashina is the main setting for Sekiro which suffers through multiple wars ending in a coup by a warlord. After twenty years pass, the young heir to the throne, who also has divine power, gets rescued by Wolf who tries to escape with him, only to end up in a battle that leads to his arm getting cut and losing the young heir to the rival Ashina clan. At this point, a wandering shinobi finds his body and gives him a mechanical arm, referred as Shinobi arm, that he can also use as a grappling hook thus forming the core of this new gameplay system.

Sekiro drops any stats enhancements in favor of the shinobi prosthetic arm. You are no longer able to grind with souls and instead, you need to use the skills available at your disposal to make your way through the multiple difficult boss battles. You can still upgrade some attributes by getting prayer beads. Wolf uses a sword as the main weapon and can transform his shinobi prosthetic hand by upgrading it with various abilities. The tools available at your disposal usually depend on your play style e.g some work better for defense while others for offense. You can also upgrade them to improve their efficiency in combat.

The traditional level up system gets taken out in favor of more agile and direct combat system. The primary weapon of Wolf is a sword using which he can engage in direct combat with his enemies. Every battle requires you to exploit the weakness of the enemy and break their posture so you can do a deathblow. You can also deflect and counterattack to one-hit kill most of the regular enemies with a single health bar. Deathblow can also be executed if you can use stealth to sneak around foes. Stealth is optional in Sekiro but still helps in dealing a lot of damage.

The core combat loop in Sekiro revolves around this deathblow which makes the enemies vulnerable. The same vulnerability can happen with your character so it is best to avoid defending for long to not become a sitting duck behind enemy attacks. This vulnerability ties to a posture gauge which can break if you take too many hits from the enemy. In most of the battles, you will be able to dodge enemy attacks by side-stepping or deflect them by timing it properly with their strikes. It will need some practice before you can master it, but if you have played Bloodborne, it plays out similarly to the visceral attacks.

Exploration in Sekiro relies on the shinobi prosthetic arm. You can use it to move around the Ashina region by using grapple points. It is a simple action performed once you met the requirements of making the jump with the grappling hook. An icon represents any points of interest that can turn green once you are near it, but you can’t really freely fire this hook at will just to jump to vantage points. Idol shrines replace the traditional bonfire and serve the same purpose. Health restoration is possible with a healing gourd which is further upgraded with gourd seeds, and you can restore them by resting at idol shrines.

There is no asynchronous multiplayer support in Sekiro, which is likely going to sting a bit for the fans of the Souls series. This was usually a way to cheat your way through the game provided you could co-op with friends, who in turn could help you defeat any tough boss. There is no ability given to post a message that can warn the player, or see the deaths of other players online. It is entirely single-player experience and honestly, I don’t mind it at all. It makes perfect sense considering this a new IP and focuses on the story and character development instead of the lore-focused narrative of the Souls series.

This is not traditional From Software release, but it still retains the same spirit. The combat is challenging, even if some of it feels a bit on the easy side if you have the skills for it. Mob control is easier now because you can one-hit kill most of your opponents with the right mix of offense and defense. Dying is not the end of Sekiro because you can revive on the spot and then continue to kill enemies, but this comes with its own set of limitations.

Sekiro offers the perfect blend of stealth, action, and challenging combat with Metroidvania elements on the side. It is easily one of the best games released this year, and possibly this generation. The game is visually beautiful with a gorgeous art style that is further complemented by the HDR support. The performance is pretty good with minimal load times. This is the finest work of From Software and it makes me excited to see what they can do with more new IPs in the future.