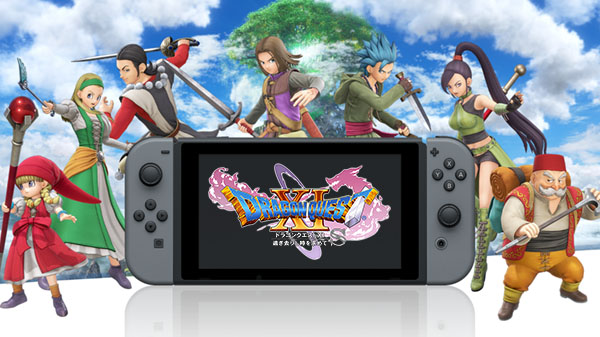 Square Enix declared at the current year’s Jump Festa 2019 that Dragon Quest XI S, the Switch adaptation of the widely praised Dragon Quest XI: Echoes of an Elusive Age, will be discharged at some point in 2019 in Japan.

The Switch form of Dragon Quest XI is said to incorporates a discretionary Japanese voice-overs, which were not initially remembered for the PS4 discharge.

Coming up next are the voice thrown:

In addition, game designer and scenario writer Yuji Horii revealed that the Switch version will have some new elements added to it such as being able to marry with different NPCs, opposed to only one in the original version.

“In the game’s story you can marry [redacted due to spoilers], but I thought that people would want to choose from various characters, so we’ve added that,” Horii said. “While it isn’t marriage, you can even choose Erik or Hendrik—so you can choose the person you live with.”

On January 1, 2019, Square Enix mentioned that it is preparing for a surprise in regards for Dragon Quest XI S. Will they announce the English version?

Dragon Quest XI: Echoes of an Elusive age is available now worldwide for PlayStation 4 and PC. Currently, there’s no word as to when the Switch version of Dragon Quest XI will be released outside Japan but seeing how it did very well in North America, it’s very likely that we might see an English release.

Check out the teaser trailer below:

As always, check back with us near the release date for our coverage and review!