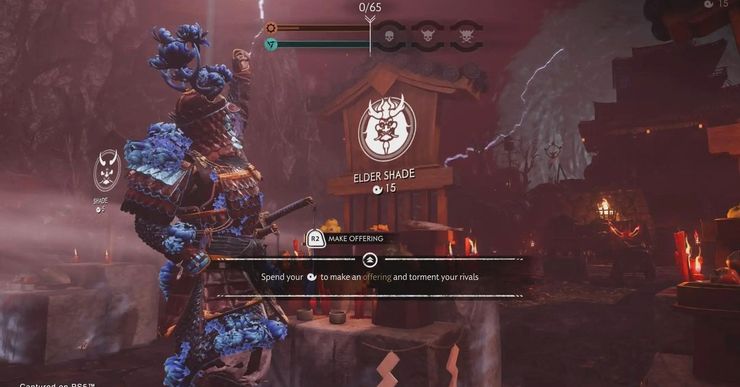 Ghost of Tsushima LegendsIt is primarily a cooperative experience. The latest update introduces Rivals, a new competitive mode. While players won’t fight each other in this game mode, they will work together to win. Magatama is a magical resource that allows players and their opponents to work together in unique ways. Magatama can be used to obtain divine blessings in other games, but this time they will place divine curses upon their opponents.

Magatama allows players to harass other players. It is also the only way to reach the Final Stand and win a Ghost of Tsushima Legends game of Rivals. It is important to collect as many as possible. However, players must first learn how to do this.

Magatama functions very differently in Rivals than in Survival. In the latter, players are used to earning large chunks of Magatama for completing waves or survival objectives, but in Rivals, players will get far fewer over the course of the game. This Magatama can’t be automatically given to players; they must be picked up by walking on them. They are also not available for sharing among players. This means that the Magatama will be given to the first person to pick it up.

How to get Magatama in Ghost of Tsushima – Legends Raid Mode

First, kill all enemies. Players will receive around one to five Magatama, depending on the type and level of defeat they achieve. This reward will float above ground where the enemy has been killed and can be collected by any player. Another way to get Magatama is to open the Oni Treasure. This will reward a lot of Magatama and a piece of loot at the match’s end. Each player on the team will passively receive Magatama when the enemy team dies or has to respawn.

Finally, Magatama will be spawned on the map before any other creatures are killed. It’s worth exploring the locations to find these. Remember that Rivals mode in Ghost of Tsushima Legends’ primary goal is to acquire and spend Magatama. Shades can prevent a team from spending Magatama. This makes them an excellent option.