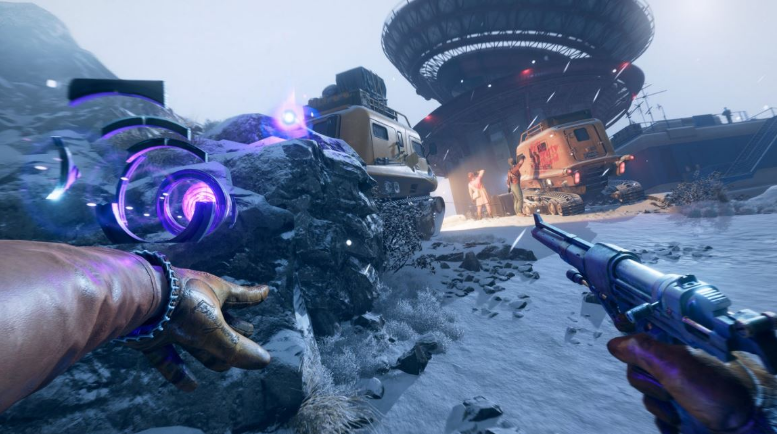 Deathloop Slab Guide: How to Get New Slab and Upgrades

Death loop Slab Guide: How to Get New Slab and Upgrades

Finally, the groovy action/adventure game death loop is out. Arkane Studios are the developers of Deathloop. This game is about trying to kill eight targets in one day. It is not an easy task, as death will return you to the beginning of the day. Death loop draws inspiration from the roguelike genre. It’s all about dying and then using the information to improve your performance.

The best thing about Deathloop? It’s the ability to experiment with all the abilities and enhancements that you can offer these skills. These powerful tools, called “slabs,” allow Colt to teleport and take down multiple targets at once. They also make Colt invisible.

Here are the steps to unlock slabs and upgrade them.

How to get slabs

You can only get slabs by either killing Juliana while she’s using the slab or by killing a specific Visionary. This is the most popular method as nearly every Visionary has a slab. These Visionaries will drop trinkets, Residuum, and the slab they used when you kill them. Charlie will drop the Shift slab if he is killed. Here’s a breakdown of each slab and the Visionary associated with them.

Colt can only use 2 slabs at a time, so choosing which abilities match your playstyle is important. Havoc and Karnesis are great for guns blazing. Aether and Shift are great for stealth players who don’t want to make too much noise. Colt has his own slab that cannot be removed. This gives him an additional two lives on each level. Colt can also die twice before the loop resets.

Although you can gain slabs by killing Juliana, the slabs she receives will be completely random if you are offline. If you’re lucky, killing Juliana may give you an ability that you have never seen before. Or it might be one you’ve just earned. Online, the amount of slabs she drops completely depends on what they are carrying with them.

How to Upgrade Your Slab

Slab upgrades are similar in that they drop from Visionaries and Juliana once you have acquired the core slab. This means that if you have Aether from Egor, you will get an upgrade for this slab every time you kill him. You can also upgrade your favorite slab by grinding the Aether from Egor. There are many upgrades available for each slab, so that the Visionary drops upgrade will be random. You may have to kill multiple people before you can find the slab upgrade that you truly enjoy.

It is not surprising that slab upgrades are the same regardless of whether Juliana has been killed. If she dies and you drop a slab, it will be an upgrade. It is a good idea to kill her when you have the opportunity, as she can drop an upgrade. It’s important to make sure you infuse them immediately after leaving an area. Otherwise, the upgrade will be lost forever.

Advertisement
Deathloop Slab Guide: How to Get New Slab and Upgrades