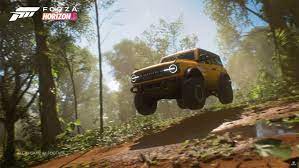 The franchise gained many new players after the considerable success of Forza Horizon4. Even those who don’t want to spend $60 can now try the game without any additional cost, thanks to Xbox Game Pass. Each year, the community grows and continues to grow. We are approaching Forza horizon five, and the great news is frequently coming, including some parts of the upcoming car roster.

The Twitter page of Forza support recently announced that the Forza hub would be retiring and will no longer reward anyone. Loyalty to a player will not reward you because it “unbalances the progression for players.” This feature provided up to 500,000 credits per week for each Forza game on Xbox One.

You would have 12,000,000 credits if you visited Forza hub one week per year. This is enough credit to purchase dozens of cars. To boost your confidence, you can also use the loyalty rewards to get cars right at the beginning of the game. It can be unbalanced when some players start with little, while others have enough money and cars to complete the game in no time. This system serves a purpose, as loyal players deserve to be rewarded for their loyalty to Forza. This is a great marketing strategy that keeps fans coming back week after week. It also increases the weekly player count and gives players a reason to get on the game again.

Personally, Forza Hub has a good reputation. The rewards give me an incentive to improve my vehicles and not grind. It’s more rewarding to earn credits racing than it is to earn them. However, the game’s rewards system works differently from The Crew and Need For Speed. You are meant to obtain cars and explore the world with Forza quickly.

Playground Games are now focusing on younger players, as loyalty rewards are likely to disappear forever and ever. The developers have to make the game more accessible for all players. Will remove any liveries that may be offensive, and the creator of those liveries will ban them. Symbols such as the Confederate Flag or the Rising Sun Flag were already banned in the current situation.