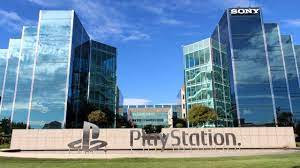 A former employee is suing Sony Interactive Entertainment LLC for gender discrimination, harassment, and wrongful termination. The lawsuit was filed in California’s Northern District on 22 November.

Yu Sugita, Majo’s manager, is mentioned in the lawsuit. According to the lawsuit, Sugita refused to be alone in a room without female employees. He also said that he only spoke with male staff members when discussing work issues. Majo also claims that Sugita was forced to request information via a male intern. If Majo sent the requests directly or through a higher-ranking female employee, she would not comply.

Majo also claims that there is a serious lack of career advancement for female employees. Majo claims that HR at the company creates barriers for women who want to be promoted. On the other hand, male colleagues were frequently given promotion opportunities even when they weren’t in their normal cycle. During times of the year that are not usually associated with role changes. Majo was not promoted in the six years that she worked for the company. Majo asked her managers for advice on how she could advance her career. They ignored her and replied with ‘demoted.’

Majo eventually wrote a letter detailing her experiences with gender discrimination that she sent to her employer. According to the lawsuit, she was informed shortly afterward that her job was ending. Sony wanted to disband an internal department. This was the official reason for Majo’s dismissal. Majo says she did not work in the department.

Majo decided to sue Sony after her personal experiences. Although the suit was initially filed as an Individual action, it now includes a request for a class of all women who worked at Sony California at any time in the past four years. If the request is granted, the lawsuit will be filed as a class action.

This is not the first time that a gaming company has been accused of gender discrimination. Female employees sued riot Games in 2019, and Blizzard Entertainment faces ongoing lawsuits on similar grounds. The disconnect between developer and player diversity makes the problem even more obvious. Sony recently reported that 41% of PlayStation 4 and PlayStation 5 owners were female. However, a 2020 study showed that the company’s Executive Committee was entirely composed of male employees.