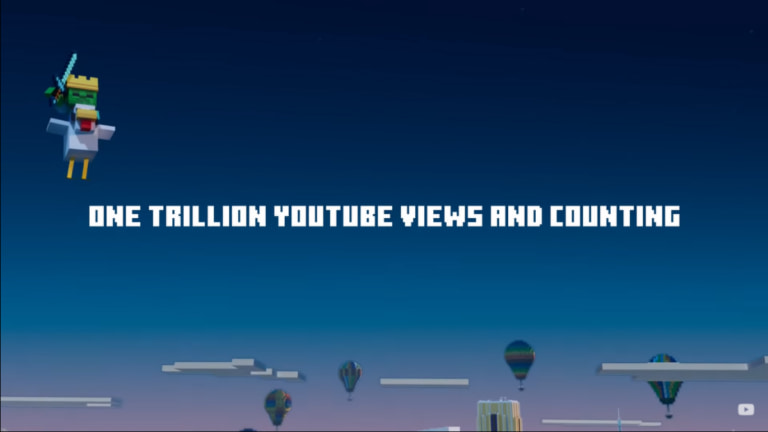 Minecraft is one the most popular games ever. It’s no.1 in sales and has been very popular among YouTube content creators. Now, Mojang’s juggernaut is taking it one step further. Officially, it’s the first game to reach 1 trillion views on YouTube.

YouTube announced the milestone by creating a dedicated site to commemorate it. This site features some of the most iconic Minecraft content and support from various creators around the globe.

YouTube stated as seen in the video. It reads:

It took this community eight years to reach 500 billion views. Then it only took another two years to hit one trillion. We don’t know what their future goals will be, but it will be exciting to see it all happen.