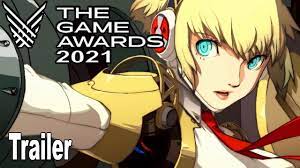 The fighting game has been stuck on PlayStation 3 and Xbox 360 since its 2014 launch. But now, Atlus has announced at The Game Awards Persona 4 Arena Ultimax is coming to PlayStation 4, Switch, and Steam on March 14.

Check out the announcement trailer below, courtesy of GamersPrey.The port comes as part of Persona’s 25th-anniversary celebration. It’s mostly amounted to merchandise at this point, but there’s still time for more game-related announcements to come.

Persona 4 Arena Ultimax, one of the only fighting games I’m good at, is finally coming onto a modern system.