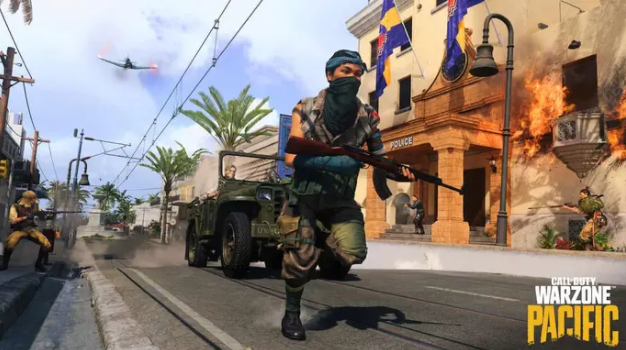 In Season 1, players often use audio cues to determine where the opponent is coming from. This can be a huge advantage in heavily populated areas of Caldera. Since the Warzone moved to the Pacific island, many issues have plagued the battle royale. These include invisible Operator Skins and players randomly entering Gulag.

Players are unable to hear the world around them after scoring a kill. This puts them at a disadvantage throughout a match.

Reddit user “Putridzzz,” noticed the glitch and posted a message that quickly attracted attention from other Warzone members. The muffled audio rendered the headset useless, and the player could not hear much of the action around them.

The user discovered that the problem persists, especially in solos and duos. Others have reported similar issues. Although it is not clear why scoring kills affect the audio, many people are unhappy that Raven Software returned to work after the holiday period.

What is the Fix for Warzone Muffled Audio Glitch?

Players hope that the developer will fix the problem, given the seriousness of the issue. Raven’s Trello board mentions numerous audio issues, so there is a good chance that a fix will be implemented in an update. Temporary fixes may include using a flash grenade or stun on your own.

While we wait for a permanent fix, learn how to fix error 6039 and the best Bren loadout.