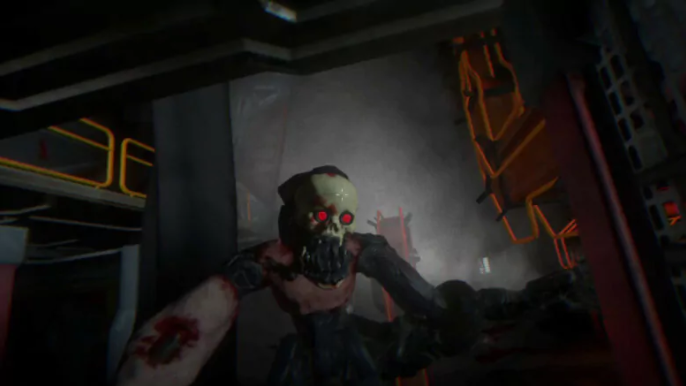 The Nintendo Switch will soon get the brutal survival horror of Syndrome. RedDeer Games, the game publisher, says it will be available later in 2018. No details about the game’s launch date have been revealed.

You might have noticed that all hell broke loose on the Valkenburg space station. It is the Novacore’s most sophisticated scientific space station. You have no choice but to fight for survival by running away, hiding, or running when there is no other option. But by whom are the people on board being hunted? As if that weren’t enough, your mind is playing tricks on you! Or is it?

Developer Camel 101 has already had Syndrome on Steam for a while now. Nintendo Switch users will soon have the chance to enter the dark. Explore the space station, which is dark and haunted, to discover the lore and uncover the mystery behind the horrendous events on what was supposed to be a simple mission.

RedDeer Games news states that ammunition is rare, and shadows are your only friend. Keep your distance to avoid dangerous beasts lurking in Valkenburg’s once tranquil corridors. You are being hunted in the darkened corridors and cramped rooms. Are you able to survive the nightmare and discover the truth?