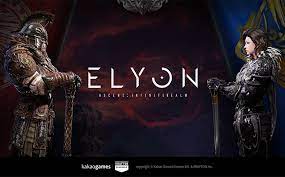 Kakao Games, developers of other eastern MMOs like ArchAge, have launched Elyon’s latest class. Kakao Games revealed Elyon’s archer classes in 2021. This will be the seventh class to be added to the game. Although it was still in development, the game is now available. Players can now use their bow to get into the wild.

Kakao revealed that the Archer will be launching the Elyon class to celebrate. You can also take a closer look at the January Elyon patch notes.

The January 2022 Elyon patch note’s main features include a closer look into the Elyon Archer class and an in-game celebration to honor those who level the Archer. There is also a section about twitch drops and other aspects that may be of interest to everyday players.

The Archer is the newest Elyon class that has been added to the game. Archers will be able to hail down arrows at their enemies, which will give them the ability to use skills like this. You’ll also be able to shoot at enemies with extremely powerful arrows. The Elyon social account gives us a quick overview of the class and allows you to see the Archer in action.

A new event has been created for Archer levelers to celebrate the Archer’s launch. The event will run from January 12 through January 26. Participants can receive many rewards for leveling up an Archer during the event. There are different levels of rewards, each with a different reward level.

On the same dates, there’s a Beginner’s Joy Event. This event is open to regular players who want to get tickets and new items. An assortment of weapons, armor, enhanced stones boxes, as well as cleansing stones, binding stones, runes, and other goodies can be obtained. Through the balanced attunement, you can also obtain scrolls, effect changes, and locks, as well as catalysts, fragments, and other goodies. Each of these events has a limit on how many items you can obtain in a given week.

You will need to watch one of the pre-approved streamers. The Elyon website contains a complete list of approved streamers. You should be able to see the drops on approved channels via Twitch while you wait. To ensure you get the drops, make sure to link your Twitch account and your Elyon account.

Other general changes are also included in the January 2022 Elyon patch notes. To accommodate your archer alt, the number of class slots in your account has increased from m6 to 7. You can still choose to roll another class in the game, but there are no restrictions.

For more rewards, Morso offers many new challenges that players can take on. These include weapons and armor with radiant honor, as well as a Mysterious Rune. You can also get more microtransactions content from Ruby shops such as account name changes, character name changes, and clan name changes.

A mass list of changes is also available for each class. We recommend looking through Elyon’s patch notes to see how your class is doing in light of recent balance changes. You can then decide if these changes are beneficial or not.