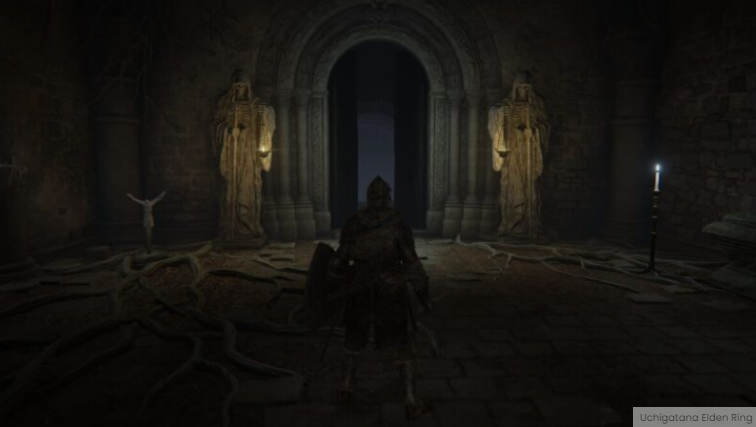 The Uchigatana has been a staple in Soulsborne games. The Uchigatana first appeared in Demon’s Souls. It is still a popular weapon and the preferred armament of many fans. It’s a powerful and effective weapon with a wide swing arc and intense bleed damage. We’ll show you how to locate the Uchigatana Elden Ring.

This mighty katana can be found in the Limgrave opening. You can find the Uchigatana in the Northern section of Limgrave, between the Saintsbridge & Warmaster’s Shack.

The map below shows the exact location. However, what you are looking for is the death touched catacombs. You can find the Deathtouched Catacombs in Elden Ring. They are an optional dungeon and come with a set of tasks as well as an optional boss.

You don’t have to fight the boss in order to obtain the Uchigatana Elden Ring. You just need to look for hidden passages between the statues or effigies in the catacombs. You will find the path to this weapon by tilting your camera.

If you’re determined to complete this dungeon, it’s your way to success. You will find the Uchigatana in the same place as the skeletal archers who are constantly sniping at you. Therefore, getting up there is a net benefit to your quest to complete the Deathtouched Catacombs.

After you have killed those skeletons, your Uchigatana will be yours. And, because weapons in Elden Ring don’t degrade, you won’t even need to worry about it getting damaged. This badass blade is ready to slash and swing until you’re satisfied.