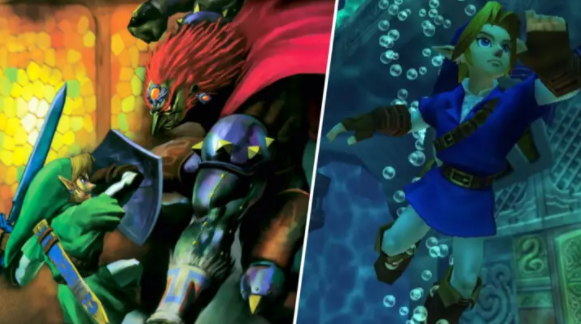 ‘Zelda: Ocarina Of Time’ Is Coming To PC Next Month

‘Zelda: Ocarina Of Time’ Is Coming To PC Next Month

However, those who have never been able to get their hands on the hardware are missing out on one of gaming’s greatest franchises. Nintendo recently announced that it is closing down the 3DS and Wii U online stores, which will see many games only available on these systems lost to the sands of time.

Currently, the only way to play the original The Legend Of Zelda: Ocarina Of Time on modern consoles is to pay for Nintendo Switch Online and the Expansion Pack, which requires a subscription. Consequently, playing through the service means you do not technically own the game.

Like every Nintendo first-party franchise, the Legend Of Zelda series has always been kept to Nintendo’s proprietary consoles.

As such, independent programmers have been trying to recreate the Nintendo 64 classic title for a very long time. Whether building their own Kakariko Village in the Unreal Engine 5 or reverse-engineering the code to fill the game with tiny Barney the dinosaurs,, there is plenty of original content. According to DSOGaming, a new project has built the game from the ground up using the reverse-engineered code. This will see an independently-developed version of Ocarina Of Time come to PC on 1 April.

Nintendo is known as a company that does not like people using their properties, even if there is no legitimate way for fans to access the old content. However, as this new code is written by independent programmers who used their own new coding methods, and as the files are not being sold or released for profit, Nintendo allegedly cannot claim or take down the files.

Generally speaking, the game is its own standalone work. However, Nintendo has issued DMCA takedown notices on similar projects such as AMR2, an independent remake of Metroid: Samus Returns. As a result, the programmer working on the project ceased development on the game.

Advertisement
‘Zelda: Ocarina Of Time’ Is Coming To PC Next Month