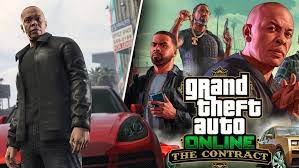 Rockstar Games had announced GTA+ as a subscription service for GTA Online. It was launched in March on the PlayStation 5 and Xbox X/S. April subscribers got $500,000 in-game cash, triple rewards for certain missions, waived fees to meet cars, and free item upgrades.

These are mostly things that you can eventually accumulate within the game. This leads many to call the subscription service a money grab. Rockstar is trying to change perceptions by offering a new set of monthly freebies.

GTA+ subscribers this month will get a Grotti Birioso R/A car and double money and reputation for VIP contracts and Kart Krash.

It’s a good line-up, just like April. A one-month subscription might be a good option if you are new to the game or you want to upgrade your account. However, I don’t see anyone returning month after month.

Inflation is the reason for controversy around subscriptions. You can still enjoy many of the subscription benefits in the game, as mentioned above. Rockstar Games could increase in-game prices to the point that people cannot afford to pay for it with regular in-game money.

Grand Theft Auto V has been rumored to be coming soon to PC, so GTA Online and GTA+ might follow. GTA+ would not be an essential service for, the franchise’s fans.